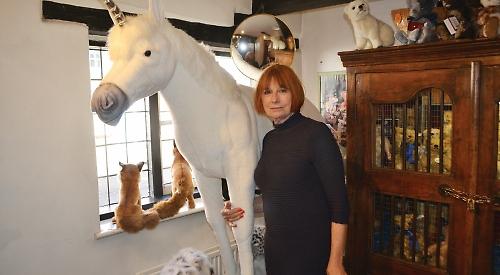 HENLEY’S teddy bear shop is to feature in a TV documentary on the lives of the country’s richest children.

The shop, which is the oldest of its kind, was fitted out with a custom-made unicorn model from Australia and other stuffed toys for the filming of the programme, which will be broadcast by Channel 5 on Christmas Eve. It shows how affluent families treat their offspring, shelling out thousands on lavish gifts and parties.

Joan Bland, who runs Asquiths said: “It was such fun. The children were so excited to see the unicorn. They could sit on it, cuddle its legs and stroke it. They even sang it a song. It was joyous.

“Unicorns are mythical creatures and teddy bears are too. It created a wonderful atmosphere in the shop.”

Ms Bland’s shop is one of the few left in the UK that make traditional teddy bears and she sold one on the day for £355 — a snip to some, obviously.