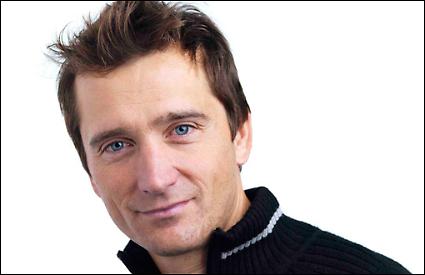 The former Great Britain skier, of New Street, Henley, was a performance director on the Channel 4 show, which finished on Monday after eight episodes.

Each night, celebrities including Sir Steve Redgrave competed in winter sports including the skeleton, bobsleigh, speed skating, ski-cross and slalom.

The winner was X Factors Joe McElderry, who beat journalist Donal MacIntyre in the jump finale.

Sir Steve, who is vice-chairman of Henley Royal Regatta, was in the final four but had to pull out after being left in agony during training for the ski cross.

Bell, 48, said: Some of the celebrities were complete novices so I was quite happy with what we were able to achieve.

The show was a fun watch from all accounts and Im happy with the exposure it gave to the sports. It could happen again next year if they can get anyone to sign up for it.

Bell, who also presents the BBCs Ski Sunday, has now travelled to Sochi in Russia to commentate on the winter Olympics.

He said: It should be amazing and two weeks of really good competition.