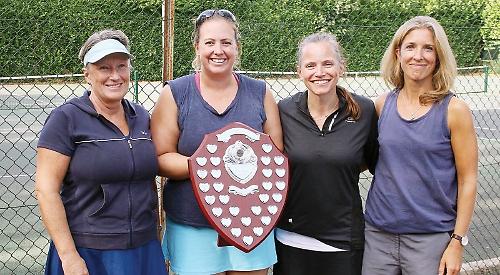 The day culminated in a fine victory for the mother and son partnership of Helen Lee and Andy Lee against Ellie Fry and James Franklin in the mixed doubles.

The year to date has been successful for Peppard. In the winter league, both men’s first and second teams won promotion and both mixed teams narrowly missed out with second places in their respective divisions.

Whilst the summer leagues are yet to be completed, the men’s first team has been promoted to Berkshire Division 2 and the other teams are chasing hard in their respective divisions.