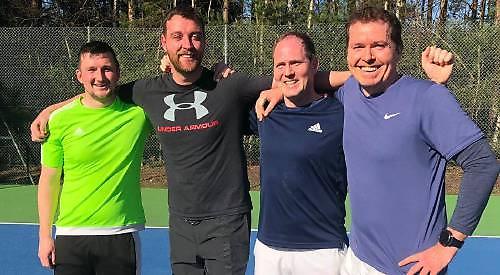 Internal rivalry and good team spirit between the pairs of Dom Cusk and Simon Thorpe with Andy Lee and James Franklin kept each pair at the top of their games. The first pair of Cusk and Thorpe winning every match.

This is the first time in its recent history that the small village club of Peppard has reached the top county echelon.

Elsewhere Wargrave claimed promotion as runners-up and compete with Peppard next season along with teams from Windsor, Berkshire County Sports, Maidenhead and Bracknell.