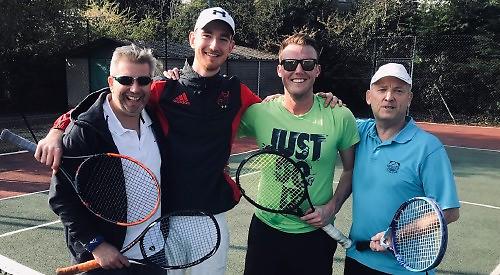 HENLEY MEN’S A team have been crowned Oxfordshire Division 4 champions after a 7-1 victory at North Oxford D.

Knowing one set would be enough to win the league, Henley’s captain Jeremy Wright and Max Miles-Thomas wasted no time securing a 6-1, 6-1 win.

Connor Cummings and Tim Bianek halved their opening rubber 2-6, 6-1, and comfortably won 6-0, 6-1, in their second match. As the sun continued to shine, Wright and Miles-Thomas did it the hard way and pulled through 6-4, 7-5, despite being 5-4 down in the final set.

The result meant that Miles-Thomas finished as the highest ranked player across the whole division with 37-3 set wins, Wright also joined him in the top three.