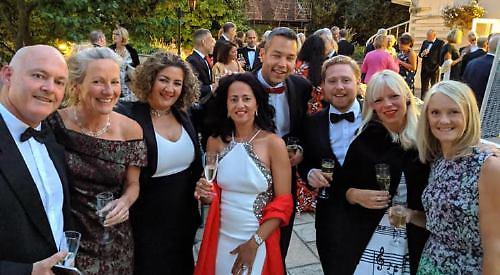 About 150 members and friends attended the event, which included dancing to the Harry Tait Band and a visit by a host of tennis superstars, courtesy of comedy impressionist Josh Berry.

The club started life in the early 1900s as Caversham Sports Club to include both tennis and bowls and its first clubhouse was an old railway carriage acquired by a member who happened to work on the railways.

This year’s celebrations have also included a family fun day in June attended by more than 200 people at the club’s headquarters in Queensborough Drive, Caversham.