Shiplake ladies are finally able to serve up promotion 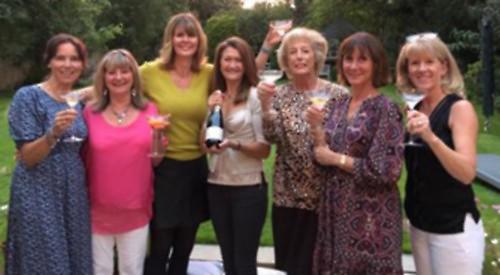 The team managed to finish all their matches before lockdown in March but were not assured of promotion, as covid-19 threatened to void all results as there were outstanding matches in several divisions of the league. Fortunately for the Shiplake team the outstanding matches were finished over the course of August and September and team were assured of promotion, finishing in third place following a closely fought title race.

Top team Woodstock finished two points ahead, but were the only team to be beaten by Shiplake.

Shiplake play on hard courts, whilst the top two teams both play on Astroturf which gives them a huge home advantage.

The C team had many notable wins including 8-0 over Goring and 7-1 over Appleton.

Following the news of their promotion the team celebrated with drinks in the garden of Sharon Hearn followed by dinner in the Bedouin tent at The Baskerville, Lower Shiplake.