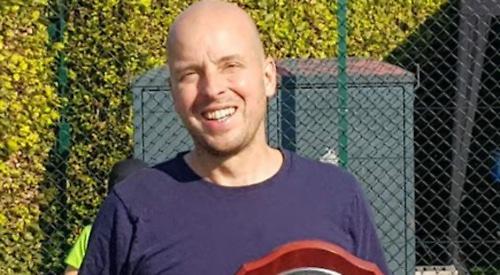 DESPITE a shortened season due to the coronavirus pandemic, Shiplake Tennis Club still managed to hold its finals day where father and daughter Nigel and Zoe Richardson won the men’s and ladies’ singles title respectively.

The finals day was the culmination of a long and uncertain summer season filled with lockdown, social distancing, numerous rules on numbers allowed in the club and uncertainty as to whether any kind of competitive tennis could go ahead.

Despite starting competitions three months later than usual, a slightly different format was concocted involving many different leagues rather than the usual knockout competition in the hope that matches could be played within the reduced amount of time available.

The competitions involved all age groups from the mini oranges (U10s) to the veterans, the oldest of whom is in their 70s whilst the finals day was planned to perfection with only 30 people allowed in the club at any one time.

The ladies’ doubles was won by Zoe Richardson and Katie Binning who beat Lorna Cousins and Katherine Liddell 6-1, 6-2 while Simon Hearn and David Barlow beat Thomas and Mike Lynskey 6-1, 7-5 to secure the men’s doubles.

Lucy Blomfield beat Rosie Weatherston in the U16 singles while Rebecca Hughes and Annabelle Richardson beat Lucy Blomfield and Abie Botterill to secure the U16 doubles.