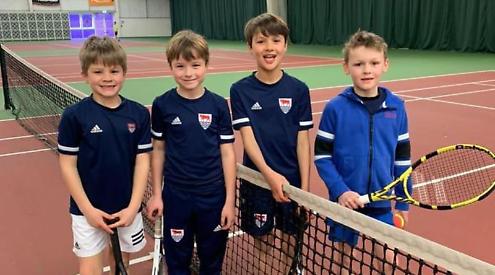 A YOUNG player who trains at Henley Tennis Club made his first U9 County Cup appearance representing Tennis Oxfordshire on Sunday.

Sebastian Sheldon, who is part of the Henley Tennis Club Junior Team, was selected after making it through a tough county trials selection over the winter.

The boys’ team came fifth overall in a series of hard-fought matches with some outstanding tennis on display, one a tight 9-10 loss on a sudden death point to South Wales.

Henley Tennis Club Tom Scott said: “It is a fantastic achievement for Sebastian to play for the county and with the developments to Henley Tennis Club and its programme he has certainly set a foundation for future Henley tennis stars.”