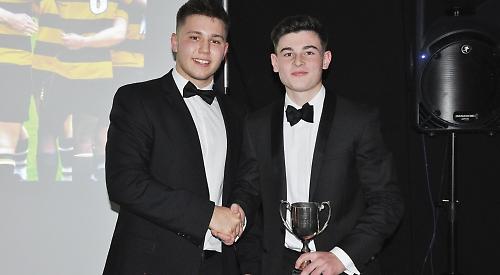 Pupils and parents attended the annual rugby club dinner at the Oratory School in Woodcote.

The guest of honour was David Sexon, a former headmaster of the Oratory Prep School and a rugby coach, who spoke about how the game has changed since he first played in South Africa. Tom Hennessy, the rugby master, gave a summary of the season.

The Paul Keddie Shield was presented to 1st XV captain George Probyn who in turn presented the Captain's Cup to Charlie Williams. New Zealand gap students Anthony Smith and Ryan Faiser were joined by Harrison Ritchie for a rendition of the Hakka.Club president and school governor Barney Bettesworth rounded off the evening by proposing a toast to the club.