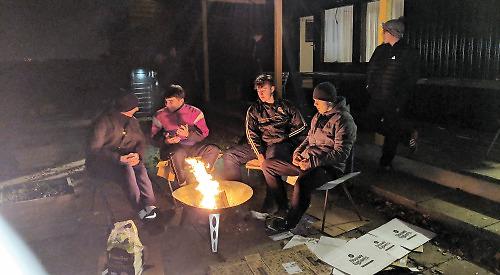 STAFF and pupils at the Oratory School in Woodcote raised £1,640 for the Reading homelessness charity Launchpad with a sleepout.

After a church service, the boys threw a ball around in the dark, told endless bad jokes and sang along to some classic songs while visitors brought them food. Then, as midnight approached, they settled down in their sleeping bags and carboard boxes for the night.

Ms Coombe said: “That one night of cold, uncomfortable sleeping did help us realise just more what it might feel like to be in the position of having to spend the night on the streets, or not have a safe warm place to go back to. All of us will think differently about the people we see in sleeping bags on Reading pavements. We are hugely grateful to all our supporters.”

Launchpad is one of the school’s nominated charities for the year along with the British Lung Foundation.