Teacher accuses school of cover up 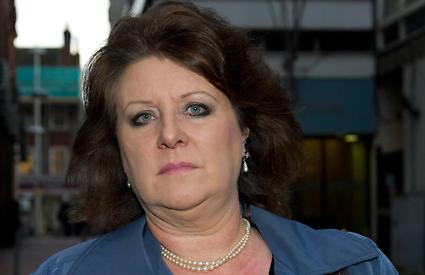 THE headmaster of the Oratory School said a pupil pleaded with him not to tell his parents after he was attacked by other students, an employment tribunal heard.

Clive Dytor said the victim, known as Boy B, was distressed with the thought of his parents finding out that he had been dragged on to the school cricket pitch and hit with slippers and a belt by three other students.

He was giving evidence against claims made by Rachel Ashley, a former house mother at the independent all-boys Catholic school in Woodcote, that the school covered up the attack.

Mrs Ashley resigned in protest at the way the offence was handled, along with another case of a student who had filmed himself killing animals, and is claiming constructive dismissal.

Mr Dytor told the tribunal in Reading: I talked to Boy B about how and why it happened and he asked me to please not tell his parents.

He had called one of the other boys his bitch and was embarrassed about it. He didnt want his mother to know.

Without making any excuse for the other boys, I decided not to tell his mother.

Mr Dytor said he had not spoken to the parents of the boys accused of carrying out the attack but assumed their house master, Tony Stroker, had done so. He said when he mentioned the incident to the mother of one of the boys at the end of term ball, she seemed shocked.

Mrs Ashley, from Finchampstead, told the tribunal she resigned after the boys were given just a detention and one of the offenders received a school sports prize at the end of the term.

Mr Dytor said the award was for sporting prowess and he did not consider other conduct when awarding it.

Mrs Ashley said she also felt isolated and feared for her safety after a second boy, known as Boy A, showed staff and pupils horrific pictures and videos of animals he had killed.

She said that when she passed on her concerns about Boy A, who had also been creating home-made weapons, to deputy headteacher Tom Hennessy he told her boys will be boys.

Boy A was suspended pending a psychiatric report but Mrs Ashley claimed she wasnt aware of this and was told he would continue at the school.

She said: I cant work in an environment where boys are walking around with concealed weapons.

I felt he was so dangerous to me and the pupils that his return would cause me a real problem.

Mrs Ashley said she suffered from anxiety and sleep problems and was forced to take two weeks off work during her notice period after being diagnosed with stress.

She is also suing under public disclosure rules, claiming other staff treated her badly after she blew the whistle on the two incidents.

She said Mr Hennessy continually asked her for evidence on the attack on Boy B, but she insisted on giving directly to Alison Beasley, safeguarding officer at Oxfordshire County Council.

Mr Dytor insisted he had tried to be friendly to Mrs Ashley after she handed in her notice but she ignored him.

He said: I tried a number of times in the corridors to say hello and she was always very rude and hostile with me. She nearly ran me over with her car once.

She isolated herself from all the other house mothers and seemed an unhappy woman.