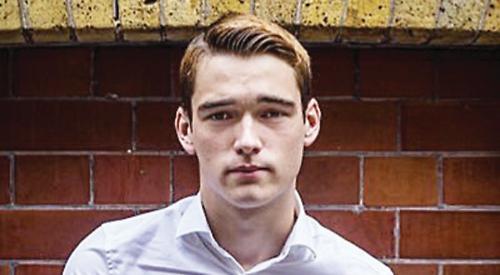 THEATRE producer Jack Maple has something to celebrate in 2017 — after it was announced that one of his shows will be transferring to the West End.

The Boys in the Band by Mart Crowley will be opening at the Vaudeville Theatre on Tuesday, February 7, for a limited two-week season until Saturday, February 18.

There’s a party tonight. It’s 1968 and nine men gather in a New York apartment for a birthday celebration. Harold (Mark Gatiss) receives a surprise gift from his friend, Emory (James Holmes), in the form of a beautiful male hustler. Meanwhile, party host Michael (Ian Hallard) gets an unwanted surprise of his own. As the booze is drunk and the dope smoked, the mood swings from hilarity to heartbreak.

Back in September and October, The Boys in the Band sold out its entire five-week run at the Park Theatre in London’s Finsbury Park before touring to Salford, Brighton and Leeds.

Mr Maple, 21, a former pupil of the Oratory School whose parents live in Gravel Hill, Henley, is one of the show’s associate producers.

In May, aged 20, he became the youngest theatre producer in West End history through his involvement in the revival of Show Boat at the New London Theatre.

He said: “I am so proud that The Boys in the Band is transferring to the West End in February. I believe that now more than ever it is so important for people to see this heartwarming and gloriously funny play that has played to sold-out houses across the country. 2016 has been an incredible year for me and already 2017 is shaping up to be even better.”

Mr Maple’s next project is Bat Out of Hell the Musical, on which he is the production co-ordinator. The show opens in Manchester in February and transfers to the London Coliseum in June.

For more information on The Boys in the Band, visit www.boysbandplay.com