Looking for the best dressed rats and cats 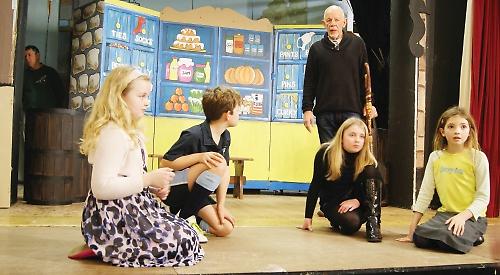 CHILDREN are being encouraged to dress up as rats and cats when Dick Whittington takes to the stage later this month.

The City of London is overrun with rats and people are wondering how on earth they will get rid of them.

Life is grim and everyone is afraid. What is happening? Where are they all coming from? Deep underground in the sewers, the Rat King is using black magic for his evil schemes.

But meanwhile Dick Whittington, a poor orphan boy, is heading off to London to seek his fortune, having been enticed there by a rumour that the streets are paved with gold.

Alas, his dream is soon shattered when he finds himself cold, hungry and very alone.

Just as he feels like giving up, Dick meets a very extraordinary cat and together they embark on an abundance of adventures, meeting an array of characters good, bad and weird along the way — including Dick’s dream girl.

But will Dick succeed in his quest to become the Lord Mayor of London?

A WADS spokesman said: “Join us at the Woodcote village hall to find out! We encourage children to dress up as rats and cats — with prizes available for the best dressed boy and girl.”

Dick Whittington is produced by Nick Evans and James Mathers, with performances being spread over two weekends.

Tickets are £8 — with children’s tickets £5 for the matinee performances.

To book, call the box office on (01491) 680573 or email wadsboxoffice@gmail.com. For more information, visit www.woodcotedrama.co.uk