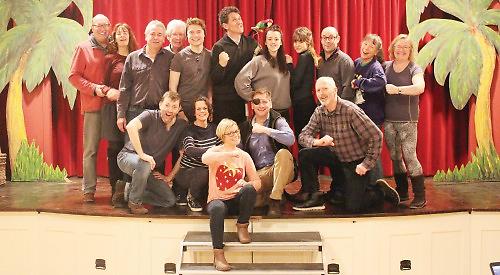 ONE of the greatest adventure stories of all time is being brought to the stage by Wargrave Theatre Workshop later this month.

Treasure Island, Robert Louis Stevenson’s tale of “buccaneers and buried gold”, is the basis for this year’s pantomime at the Woodclyffe Hall.

The show runs at the venue in High Street, Wargrave, from Wednesday, January 25, to Sunday, January 29 — and tickets are now on sale.

A spokesman for Wargrave Theatre Workshop said: “Ahoy, me hearties, and shiver me timbers! We’ve come over all piratical for panto this year, with Alan Frayn’s panto adaptation of Robert Louis Stevenson’s Treasure Island.

“We’ve got all of your favourite classic literary characters plus the best bits of traditional panto and jokes to have them groaning in the aisles.”

Committee chair Peter Hughes added: “The panto is by far and away our most popular show of the year and generally Friday and Saturday sell out very quickly. There are still some good seats for Wednesday and Thursday, though.”

For tickets and times, visit www.ticketsource.co.uk/
wargravetheatre or call the box office on 0333 666 3366.