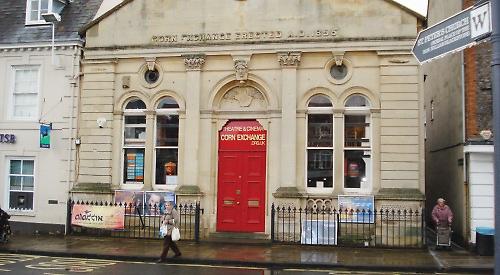 WALLINGFORD’S historic Corn Exchange is embarking on a major project costing £500,000 to replace the roof on the Grade II-listed Victorian building.

The existing glass roof, the 1856 original, leaks badly in poor weather and is damaging the building’s interior and infrastructure.

The Corn Exchange Wallingford Roof Appeal is being officially launched today (Friday) and a number of fund-raising events will be held during the year to secure the finances.

A dedicated team of volunteers has already started the process of applying for various grants and will be appealing to local businesses for sponsorship.

The Corn Exchange is a charity run by volunteers, with all profits ploughed back into the running and maintenance of the building. The charity has already set aside £150,000 for the project from its reserves but will need to raise £350,000.

The new roof, which has been designed by an architect who specialises in old and listed buildings, will incorporate a modern ventilation and heating system and, in opening up the interior roof space, will allow the full splendour of the original Victorian framework to be appreciated.

Fund-raising coordinator John Warburton said: “Many small towns no longer have a cinema, let alone a theatre. But thanks to a dedicated band of unpaid volunteers we have both and we want to keep it that way. The support of the community will enable us to keep the venue running for the community.”

A spokesman for the appeal added: “Work is expected to start in July and will be completed early autumn in time for the coming season of films, live shows and Sinodun Players productions. So if you love cinema and theatre and would like to donate to help preserve this very important amenity for Wallingford and surrounding area, here’s how to do it.

“Donations can be made by BACS to Sinodun Players, National Westminster Bank, sort code 60-22-19, account number 66525705. The reference is ‘roof fund’. Thank you for your support.”