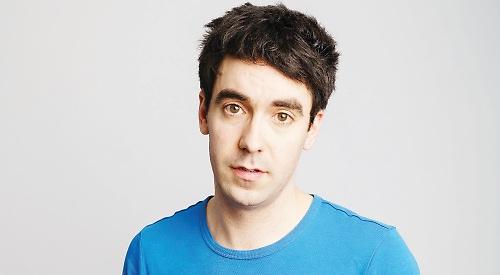 ADAM HESS is headlining the first in a series of comedy nights at the Kenton Theatre in Henley.

He is a past winner of the Chortle Student Comedy Award and was nominated for best newcomer at the 2015 Edinburgh Comedy Awards.

Hess is known for providing a fast-paced set where he tries to pack in as many gags as possible.

Many of his anecdotes centre on his everyday life and social awkwardness and, when he pauses for air, he rattles through a series of one-liners, like those on his prodigious Twitter feed.

For next Friday’s inaugural Comedy at the Kenton show, which begins at 8pm, Hess will be supported by Glenn Moore. He replaces Annie McGrath who has had to pull out of doing the show.

Known for his distinctive and inventive jokes, he has previously supported the likes of Tiff Stevenson, Josie Long and Alun Cochrane on tour. He is a staff writer on the CITV comedy sketch show Scrambled and has written for Russell Howard’s Good News.

The Comedy at the Kenton series has been staged in partnership with Hotel du Vin in Henley.

Tickets are £25, including a burger at the hotel, which is almost opposite the theatre in New Street, or £13 for a ticket to the show.