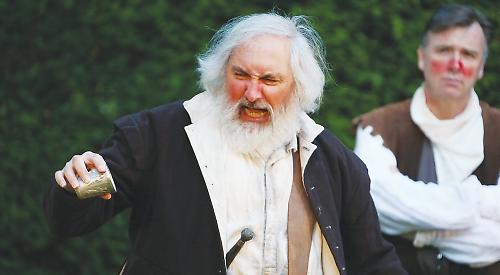 AN emergency casting call has gone out this week — from the amateur theatre company behind this year’s summer Shakespeare at Stubbings House.

The Garden Players are looking for someone to play the role of Demetrius, one of the young lovers in A Midsummer Night’s Dream.

One of Shakespeare’s most popular comedies, the play is being performed in the grounds of the Henley Road venue from Tuesday, June 20, to Saturday, June 24.

Public auditions were held in January at Hurley village hall and St Dunstan’s church hall in Bourne End, with Garden Players chairman Steve McAdam confirming that nearly all the roles had been filled as a result.

He said: “We are looking forward to rehearsals starting on Thursday, March 16. The only part uncast is Demetrius. It’s a good part and our director, John Timewell, is looking for someone who fits in well with the other three young lovers — Lysander, Hermia and Helena.”

Anyone interested in being considered for the part is asked to call John Timewell from Monday (March 6) on 01628 522854 or assistant director Ginnie Freeman on 07970 340606. Alternatively, email j_timewell@btinternet.com or ginniecfreeman@gmail.com