Comedy in four acts is coming 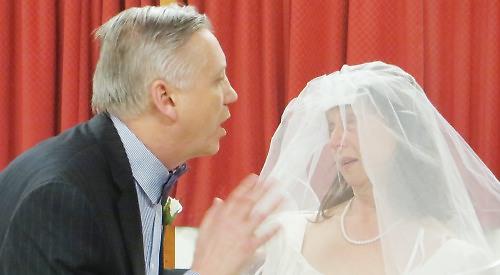 THE Chiltern Players’ spring 2017 production will be Duets — a comedy in four acts by Olivier and Tony Award-nominated playwright Peter Quilter.

The play is about four sets of characters at four crucial moments of their lives.

Jonathan and Wendy are on a blind date and hoping to get it right this time, even though they’ve never got it right before.

Barrie is not really interested in women but Janet sees that as no reason to stop trying.

Shelley and Bobby have decided to holiday in Spain to finalise their divorce while drowning in cocktails.

And Angela is marrying for the third time to the dismay of her brother Toby and amid a barrage of bad omens and a dress resembling a parachute.

A spokesman for the Chiltern Players said of the play: “Duets is a hilarious tribute to the strength and madness of the human heart. It is a gloriously funny examination of the chaotic world of love, relationships and why the grass is never greener.”

The play is being staged at the Peppard Memorial Hall in Gallowstree Road, Peppard Common from Thursday, March 30, to Saturday, April 1. Showtime is 8pm each night.

Tickets are priced £8 and can be purchased in person from Occasions in Sonning Common or by calling 0118 972 2632 or emailing chiltern.players@yahoo.co.uk