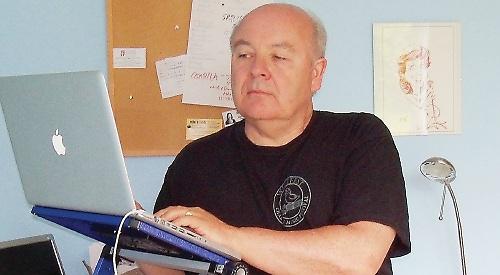 WHAT could be more summerlike? An afternoon garden party by the Thames with a spot of bubbly, a dash of music and topped off by performances from some of South Oxfordshire’s most accomplished theatre players.

It’s as English as it gets with high tea including sandwiches and cake — all to raise money for one of the most successful small theatres in the south, the Corn Exchange, Wallingford.

The theatre is closed for major roof repairs from
mid-June and proceeds from the garden party will go towards the £500,000 needed to complete the work.

Organiser Julie Utley said: “This is the last formal chance we’ll have to get together as performers and followers, so we hope people will take the chance to enjoy this idyllic and calming setting.

“We’ll have some gentle live music — nothing to scare the river birds, some individual monologues and sketches and the afternoon will be rounded off with a performance of a very funny play which has originated from within our own Sinodun Players.”

The one-act play by Henley Standard theatre critic Mike Rowbottom — himself a member of both the Sinodun Players and the Henley Players — is called Sixty-Love and runs for 50 minutes.

It will be performed in a marquee pitched on the venue’s lawn.

“We don’t get a chance to perform again until our pantomime in January so that is our last hurrah for quite a few months,” added Julie. “We hope our friends and colleagues will take the chance to support us and the cause.”

The garden party takes place on Saturday, June 17, starting at 3.30pm and finishing at around 8pm. Tickets are priced £15, with full details of the venue — including directions — being provided on booking.

An earlier chance to see Sixty-Love comes on Wednesday (June 7) when the play is performed in competition at the Oxfordshire Drama Network Festival at the Unicorn Theatre in Abingdon.

The festival runs at the venue from Monday (June 5) to Saturday, June 10. For more information, visit www.
oxfordshiredramanetwork.org