Seeing Wilde's darkest tale as a musical was a novel experience 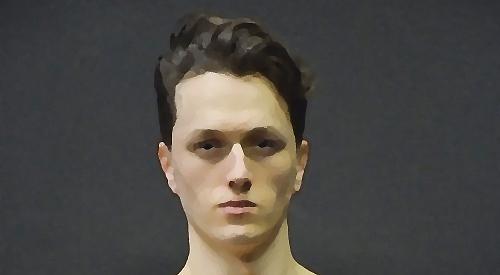 HEADING to the Studio Theatre at Henley College for the year two BTEC performing arts performance of Dorian, I have to admit I was sceptical but excited.

A musical version of Oscar Wilde’s novel The Picture of Dorian Gray sounds intriguing, but attempts at the concept have been unsuccessful thus far.

The fact that Neil McCurley, a teacher at The Henley College and the writer of the music and lyrics for this version, was at the helm, added to my excitement.

The college’s performing arts department never shies away from trickier, more controversial subjects and this piece — billed as “a musical parable about one man’s fall from grace” — was no exception, with nudity, drug use, suicide and homosexuality as just a few of the themes.

There is definitely some real talent in this group. The three male leads, representing — as Wilde often liked to do — three dark parts of his own character, were perfectly cast and gave strong performances.

Curtis Downey had a tough remit with nudity and kissing a man as just a starting point and I was impressed by his fearlessness in this. He looked the part and had a truthful performance style.

Harry Assadourian oozed evil allure and really captured the charming yet sinister essence of his character.

His final number was truthful in saying “The devil always gets the best numbers” with the jazz hands and kick line working perfectly in contrast to the dark material.

Christian Gittings was my real star, though — an intuitive performance, with strong vocals and intelligently played emotions. Having seen him previously excel in comedy roles, I was really impressed by this performance.

The female lead Lottie Bell’s suicidal breakdown was a masterclass of raw emotion. In the happier and sexier moments early on, she appeared to hold back and perhaps lacked some confidence, but then released this incredible, brutal performance which had a genuine impact on the audience.

The chorus was very effective — without a weak link. Everyone brought value to the piece and I loved the concept that they were always on stage.

In truth, there was some sublime acting, incredible dancing, clever direction and the choreography was superb. Most of the songs were strong — the juxtaposition of dark material and lighthearted dancing was intriguing — but the musical adaptation just didn’t sit comfortably with me.

Maybe not everything can move comfortably into the world of musical theatre or maybe this just needs a bit more development — I think perhaps the latter.

I went away impressed and thoughtful, which some would argue is what theatre is about. The talent of the students is undeniable but I still feel I would have enjoyed Wilde’s work and the students’ performances in its truer form.

Good luck to them all moving forward with their careers and to Neil with his production.