Panto baddie James is thrilled to be back 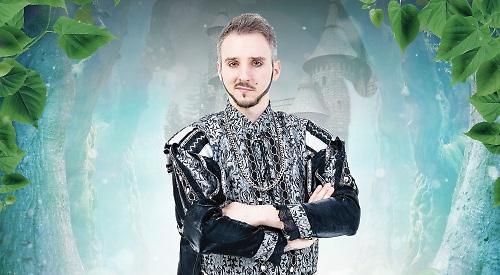 WATCH out, there’s a panto villain about!

While Henley has been sweltering in a summer heatwave for the past week, others have been hatching dastardly plots — to stage family-friendly festive entertainment at the Kenton Theatre this Christmas.

The evil machinations of the Immersion Theatre Company mean that tickets are now on sale for a production of Robin Hood that runs from Friday, December 15, to Thursday, December 28.

A spokesman for the production said: “Follow the exciting escapades of our dashing outlaw hero and his loyal band of merry men in this madcap medieval romp.

“Watch as Robin fights to restore justice for the people of Sherwood, win the heart of the beautiful Maid Marion and rid the land of the avaricious Sheriff of Nottingham once and for all.

“With heaps of audience participation, thrilling sword fights, archery contests, spirited heroes and dastardly villains, experience a Christmas treat like no other as this much-loved tale is given an exhilarating twist in the Kenton Theatre’s most spectacular pantomime to date. It’s perfect for the entire family!”

The role of the Sheriff of Nottingham is being played by Immersion Theatre director and executive producer James Clifford, who previously starred in Cinderella (2012), Aladdin (2013) and Peter Pan (2014) at the theatre in New Street.

He said: “We’re thrilled to be returning to the Kenton once again — it feels like coming home!”

With 24 performances spread over 12 days at the 240-seat venue, a total of 5,760 tickets will be available during the show’s run.

Tickets are priced £22 for adults with children £16 and concessions £20. Family tickets are £65 and there is a group booking offer of “11 tickets for the price of 10” for some shows.

For more information, including performance times, call (01491) 575698 or visit www.kentontheatre.co.uk

Box office hours are 11am to 3pm on weekdays and 11am to 1pm on Saturdays.