Blessed's spinning Queen of Crime's web at the Mill 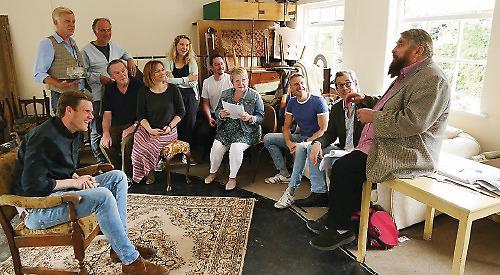 A YEAR on from directing Agatha Christie’s The Hollow, veteran actor Brian Blessed is back at the Mill at Sonning with a second whodunnit from the Queen of Crime.

Clarissa, played by Melanie Gutteridge, is adept at spinning tales of adventure, but when a murder takes place in her drawing room she finds live drama much harder to cope with.

Desperate to dispose of the body before her husband arrives home with an important foreign politician — a man on his way to secret talks at 10 Downing Street — Clarissa persuades her three house guests to become accessories and accomplices.

Hilarity ensues when they are interrupted by the arrival of the wry detective, Inspector Lord, played by Noel White, and slowly but surely the web of deceit becomes ever more tangled.

Tickets start at £46 and include a two-course meal. For more information, including performance times, call 0118 969 8000 or visit www.millatsonning.com