Spend an afternoon with Joanna Lumley 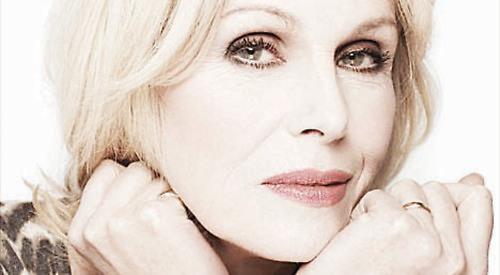 AN afternoon with Joanna Lumley is on offer at the Watermill Theatre in Bagnor.

The fund-raising event, which has been organised as part of the venue’s 50th anniversary celebrations, takes place on Thursday, October 12, at 2pm.

The celebrated actress, comedian, documentary presenter, model and activist will share stories from her fascinating and varied life.

Now 71, Joanna has enjoyed a glittering 50-year career in showbusiness, is a fellow of the Royal Geographical Society and has written a number of books.

A recent recipient of the prestigious BAFTA Fellowship award, she is best known for her roles in The New Avengers, Sapphire and Steel and Absolutely Fabulous — a successful film of which was released last summer.

Most recently, seasoned traveller Joanna has led viewers on a journey across the globe in her ITV series Postcards from My Travels.

And on Wednesday night, the same channel screened Joanna Lumley’s India, the first in a three-part series.

A committed campaigner for many charities, Joanna has often hit the headlines, and has been recognised with an OBE for her charitable work and activism for the Gurkha cause.

An advocate for the human rights organisation Survival International, she also supports animal welfare groups such as Compassion in World Farming and Vegetarians’ International Voice for Animals, and is the patron of the Farm Animal Sanctuary.

An Audience with Joanna Lumley is a fund-raising event aimed at supporting the work of the Watermill Theatre both on and off stage. Tickets are £50. To book, call 01635 46044 or visit www.watermill.org.uk