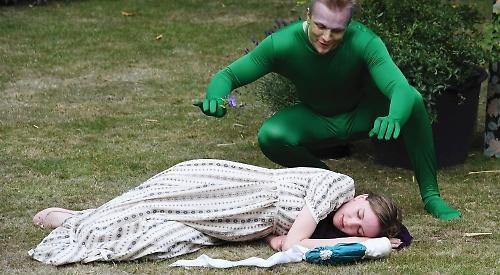 THIS year’s summer Shakespeare in the grounds of Stubbings House raised a record amount for charity.

A spokesman for the Garden Players, which staged A Midsummer Night’s Dream over five nights at the end of June, said a total £19,435 had been raised, of which £6,438 came from the silent auction and raffle.

The bulk of the money — £18,865 — will be donated to Child Bereavement UK, with Rotary and Wooden Spoon receiving £570. Garden Players chairman Steve McAdam said Antony and Cleopatra is next year’s play.