Theatre is lining up music for everyone 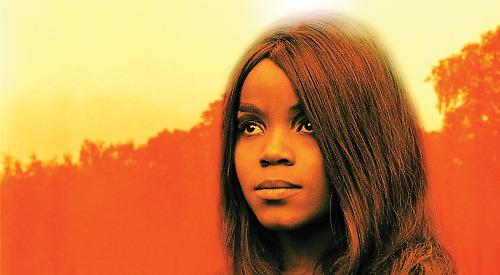 FROM pop and soul to opera and jazz, there is music for all tastes at Henley’s Kenton Theatre this autumn — starting with Africa Entsha on Friday, September 29.

The a cappella quintet — whose harmony singing covers gospel, soul and world music — have previously starred at the opening ceremonies of the London Paralympics and the South Africa World Cup, as well as the Henley Festival.

On Saturday, October 14, Lipstick on Your Collar returns to the Kenton with some of the best-loved songs of the Fifties and Sixties performed by a live band.

Later that month, on Friday, October 27, iconic singer PP Arnold marks 50 years of her solo career with a rare gig.

Best known for hits including Angel of the Morning, To Love Somebody and The First Cut is the Deepest, Arnold was spotted by Mick Jagger as a backing singer for Ike and Tina Turner and went on to collaborate with the likes of Small Faces, Peter Gabriel, Primal Scream and Roger Waters.

She comes to the Kenton in the month her long-awaited album The Tide Is Turning, produced by Barry Gibb and Eric Clapton, is released.

And on Saturday, November 18, the music of Michael Buble is celebrated with the popular tribute show Feeling Good.

The theatre will also be showcasing some of the finest young musicians and singers in the country.

On Friday, November 3, the National Youth Jazz Orchestra (NYJO) return after previous sell-out concerts to mark 100 years of jazz, covering everything from Dixieland and swing to funk and Latin.

For more information and to book tickets, visit www.kentontheatre.co.uk or call (01491) 575698. The box office at the theatre in New Street is also open to callers in person from 11am to 3pm on weekdays and from 10am to 1pm on Saturdays.