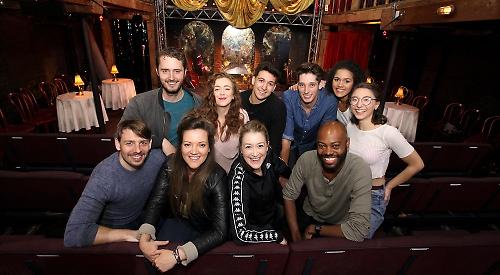 ARTISTIC director, Paul Hart is to form a resident Shakespeare company at the Watermill Theatre in Bagnor.

The theatre has built a reputation for its Shakespeare offerings and Hart’s productions of Romeo and Juliet and Twelfth Night have completed an international tour.

Romeo and Juliet was Hart’s first production as artistic director in 2016 and featured a young company of performers which included actors and musicians, with a 50:50 gender split.

The aim of the Watermill Ensemble is to combine Shakespeare’s texts and live music to create new versions of the plays which will tour and form part of the theatre’s education programme. Hart says: “The Watermill has always been the most wonderfully nurturing place to create work and the space itself forces you to think outside the box.

“We’ve found it’s the perfect environment to create productions that are bold, fresh and irreverent. I’ve loved making work with the casts of Romeo and Juliet and Twelfth Night and we can’t wait to get back into rehearsals to try something new.”

This year the company has toured to York, Guildford, Norwich, Salisbury, Cheltenham, Wolverhampton, Oxford and Neuss Shakespeare Festival, Germany, with support from Arts Council England and Neal’s Yard Remedies which were the principal sponsor of the UK tour.