Sun is shining but Players are already planning their panto 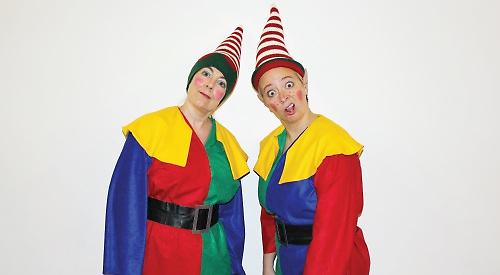 The show, to be staged at Wallingford’s Corn Exchange from January 12 to 27, will be Cinderella.

Lots of roles are up for grabs and director Marilyn Leadbetter wants to hear from anyone interested in taking part.

The first read-through of the script will take place on Wednesday (September 6) at 7.30pm at a member’s house in Cholsey (the address will be supplied by the director).

This will be followed by auditions for the three main roles of Cinders, Prince Charming and Buttons.

Auditions for the rest of the cast will be held on October 10 and 12 at St John’s School in Wallingford, with rehearsals starting a few days later on October 16.

Mrs Leadbetter said: “Everyone is welcome to attend the read-through — the more the merrier. It should only take about an hour. Only those auditioning for the three roles need stay after the read-through.

“A word about Buttons — he/she is essentially the funny man and will be responsible for slapstick with robots and a member of the audience and will be doing a kids’ song with one or all of the robots. The actor therefore needs to be confident with audience participation.”

To register a general interest in appearing in the panto or to audition for one of three main roles, email marilynleadbetter@icloud.com