Parlour reading was music to our ears 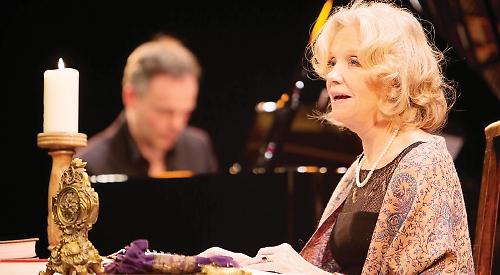 THE thing about Pride and Prejudice, as the novelist and Jane Austen expert Gill Hornby recently pointed out in these pages, is that it’s “incredibly robust”.

“I mean, when you think of all the things that have been done to it, and it’s perfect as a novel, perfect as a movie, perfect as a TV script — you know, you can do anything with it,” she said.

While this has the ring, one might almost say, of a truth universally acknowledged, it is nevertheless intriguing to think that 200 years on from Austen’s death aged 41 — as commemorated by her appearance on the new £10 note that entered circulation last Thursday — someone might have found a new way to retell her most celebrated story.

The tale of Elizabeth Bennet and Mr Darcy is one of the great fictional romances. But as generations of English literature students would attest, it is also so much more than that.

Here’s the poet WH Auden’s take on Austen’s masterpiece in his 1937 Letter to Lord Byron:

You could not shock her more than she shocks me;

Beside her Joyce seems innocent as grass.

It makes me most uncomfortable to see

An English spinster of the middle class

Describe the amorous effects of “brass”,

Reveal so frankly and with such sobriety

The economic basis of society.

Yes indeed, although post-Thatcher I think we can dispense with the shock and discomfort. As a writer, Austen is clear-eyed and unflinching, both in her grasp of human nature and of the social and political realities of the time.

Anyone seeking to adapt her work while doing full justice to it therefore has quite a task on their hands — however robust the material might be.

Hornby’s approach here at the Kenton paid its own tribute to the circumstances of Austen’s life by having a narrator — Oscar winner Hayley Mills — reading aloud a cleverly abridged and reworked version of the book.

The veteran actress was accompanied on stage by two top-flight musicians — the violinist Matthew Trusler and the pianist Ashley Wass — who were performing a specially adapted version of Carl Davis’s music from the 1995 BBC television adaptation starring Colin Firth and Jennifer Ehle.

The idea being to echo Austen’s practice of reading aloud drafts of her poems, stories and novels to her family and friends — something she started doing at the age of 11.

If you’ve ever had an older family member say something along the lines of “We made our own entertainment in those days” — well, you know, some of them really did.

Though there is no record of Austen’s parlour readings ever benefiting from this sort of musical accompaniment, the format worked brilliantly in a theatre setting.

While having to keep the storyline and dialogue pared to the absolute essentials for the sake of the running time, Hornby has succeeded admirably in preserving the novel’s humour and tone of voice.

The psychological realism was all there, too, with the characters of Lizzy and Darcy being as believable and as investable as ever.

Hayley Mills, for her part, was simply a class act. Reading with a clear delight in the material, you instinctively felt she was one of those rare performers who could bring the telephone directory to life if she had to.

With the artfully overlapping and interleaving piano and violin providing the emotional punctuation and more, this was an A-star production — one that you wouldn’t mind having to study for A-level.