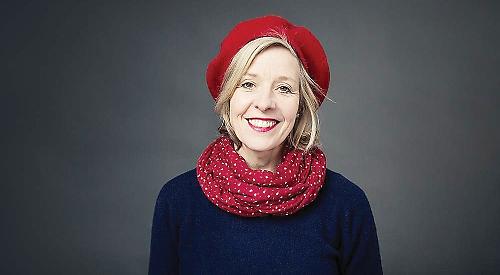 CHILDREN of all ages will be heading to the Kenton Theatre in the next few months — both in the audience and on the stage.

Tonight (Friday) sees Danyah Miller, the award-winning storyteller behind West End hit I Believe in Unicorns, bring her latest show to the theatre.

Another Michael Morpurgo adaptation, Why the Whales Came tells the story of two children discovering the secrets of the island and the mysterious bird man, and is suitable for ages seven and up.

From November 20 to 25, Stageworks return to the Kenton with a special Henley-set version of A Christmas Carol.

And no festive season would be complete without Henley Children’s Theatre’s annual pantomime, directed by Muffin Hurst. Now in its 48th year, the group will present Cinderella with a twist.

On Sunday, December 3, Let’s All Dance present a family-friendly version of the classic ballet The Nutcracker, with two shows.

Then from December 15 to 28, this year’s Kenton panto, Robin Hood, sees the return of the much-loved stars of Aladdin and Peter Pan, James Clifford and Rochelle Parry — this time as the Sheriff of Nottingham and the Fairy.

The winter line-up comes in the wake of packed family events at the theatre during last week’s Henley Literary Festival including Alison Steadman and Charlie & Lola.

Shows already lined up for next year include The Jungle Book and the Henley Youth Festival.

Kenton programming director Tom Ryan said: “Having children and young people come through the doors of the theatre both as audience members and performers is at the heart of what the Kenton is all about and we are thrilled that tradition is continuing this season, with award-winning performers coming here for the first time alongside old favourites like Henley Children’s Theatre and Stageworks.”