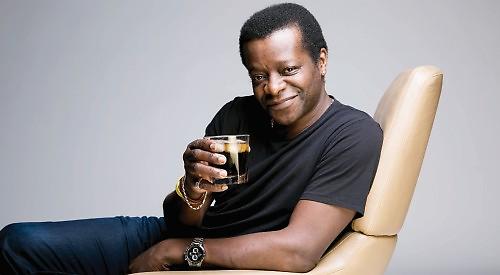 WITH the world seemingly intent on lurching from one crisis to another, we all need somebody like Stephen K Amos to shine some funny light into our lives.

The man behind a string of acclaimed stand-up touring shows such as The Laughter Master and Welcome to My World is also an actor of some repute, having appeared in everything from a West End production of One Flew Over the Cuckoo’s Nest to EastEnders.

For now, though, the 49-year-old is busy touring his latest thought-provoking show, Bread and Circuses, around the country.

The phrase “bread and circuses” was coined by the Roman poet and satirist Juvenal — also famous for posing the question “Who watches the watchmen?” — as an attack on the state’s propensity to give the people what they wanted rather than what they actually needed. But the phrase also takes a swipe at the people’s willingness to be swayed by fripperies rather than focusing on the real issues affecting their lives.

Any parallels starting to suggest themselves here?

“The way I’m looking at it is that the world now is one big crazy circus,” says Amos. “And circus was one of the earliest forms of entertainment to keep the masses appeased — in the same way that we have all these crazy distraction techniques now.

“One of the biggest TV shows of the year is Love Island — if that’s not a major distraction technique, I don’t know what is. And also I was looking at the phrase ‘Let them eat cake’ as we live in a world with artisan types of cake and bread and no one is eating the regular bread any more. What was once a staple food of the poor has become £4 for a loaf.”

Amos also feels that the seemingly endless procession of major sporting occasions could be another factor in helping take the populace’s eye off the ball.

“We have lots of sports events that seem to follow on from one another,” he says. “There are all these athletics events — we’ve just had the Olympics and then soon there’ll be the Commonwealth Games. Where will it all end?

“My brother is a massive football fan. I’ve never seen him cry when any of his kids have been injured but I have seen him cry when his team has lost a match — I just don’t get that kind of tribal mentality. It shouldn’t take some tragedy that affects you personally before you show empathy for somebody else or for a cause.”

Amos is better known as a comedian who happily teases and cajoles members of his audience rather than beating them over the head with a heavily politicised stick. But is he getting angrier as the years tick by?

“I don’t think I’m getting angrier, but clearly the things around us are not getting any better. One of the things I’m talking about in this show is where we are today and why it seems like we’re regressing and not moving forward.

“I am certainly more politicised, but I don’t want to be one of those angry people who moves away from rational debate and goes to the extremes of being bitter and vitriolic — that’s not in my nature at all.”

Racism has never been too far from Amos’s mind on and off stage, and in Bread and Circuses, he’ll be musing over the fact that golliwog dolls can still be found on sale in seemingly civilised nations. Not only is he exposing the lunacy of such aggressively racist objects, he aims to highlight people’s ignorance of the golliwog’s origins and meaning.

“That bit just gets bigger and bigger and I like the fact that it’s uncomfortable. People just go, ‘It’s not a problem any more is it?’ I think it’s good to put things into people’s minds that they don’t really think about. But generally I’m keeping the show loose due to the worldwide events that seem to just keep on happening.”

As an experienced comic, you’d think Amos might have grown a little weary of the constant whirl of the long tours of both the UK and further afield that he plans for himself every year. But that couldn’t be further from the truth.

“I love the fact that I go around the country and see the odd place that still has character and not just the same bog standard high street. I like the fact that you can engage with people and do jokes that are social commentary or maybe a bit risqué and people will get them.”

The biography section of Amos’s website pinpoints the “child-like joy” that oozes out of him and can clearly be seen whenever you see him having fun with his crowd.

“I would say that I am young at heart but the child-like joy possibly does erode as time goes by,” he says. “I was recently doing some gigs in the Newcastle area in old working men’s clubs from the Seventies that haven’t been decorated or anything — it was like stepping back in time.

“But the sheer joy of those people simply because we were there was incredible. Those people weren’t jaded. But because we sometimes feel disappointed and disenfranchised and upset about things happening in the world, it can be hard to keep that optimism and joy alive.”

So, what keeps the joy alive for Stephen K Amos during these worrying times?

“The last thing that brought me joy was the birth of my latest niece. There’s a new life to look forward to and to hopefully pass something on to, be it wisdom or love. But what really inspires me is having faith in human beings and my hope that there is still more good in us all than bad.”