Theatre will show you the funny 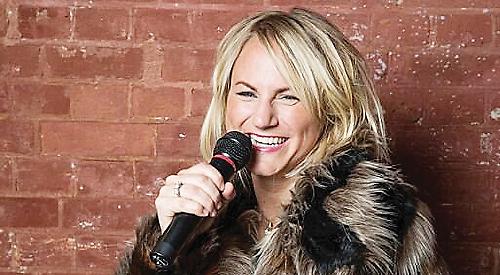 January sees the return of the all-female mix of comedy, music and performance This Show Does Not Contain Nuts, following on from last year’s inaugural, sell-out evening, as well as The Rat Pack Is Back tribute with special guest, the Henley-based singer and songwriter Kenny Lynch, and the latest Comedy at the Kenton night, following the biggest audience yet for November’s.

February starts with Kenton favourite and star of this year’s I’m a Celebrity Shappi Khorsandi and the Mayor’s schools showcase Henley’s Got Talent, which will feature students from Badgemore, Gillotts, The Henley College, Sacred Heart, Trinity and Valley Road.

Immersion Theatre Company, the group behind this year’s professional panto Robin Hood, return with the premiere of their new family musical The Jungle Book on Friday, February 9, and Saturday, February 10.

The Merry Opera Company return to the New Street venue with Mozart’s The Marriage of Figaro and the month concludes with gigs from jazz legend Chris Barber and Kenton regular Mike Hurst.

Wycombe’s The Rep Company come to the theatre in February and March with an Agatha Christie thriller and a classic farce.

Never Mind the Buzzcocks comedian Phill Jupitus makes his Kenton debut on Friday, March 2, followed that weekend by Four Seasons tribute Bye Bye Baby and Only Fools and Boycie as the actor John Challis looks back on his time on beloved BBC sitcom Only Fools and Horses.

Forever Dusty, a new musical comes to the theatre on Saturday, March 10 — a fitting venue with Dusty Springfield’s final resting place being so close by at St Mary’s Church in Hart Street.

And after the acclaimed Why the Whales Came at the Kenton in October, award-winning storyteller Danyah Miller returns with another Michael Morpurgo adaptation, I Believe in Unicorns, which she previously performed in the West End.

Then at the end of the month Iain Stirling, the voice of Love Island, comes to Henley following on from his recent appearance on The Jonathan Ross Show and a week after headlining the London Apollo.

April offers music for all tastes, from Eighties stars The Christians and The Bob Dylan Story to HAODS’ production of Gypsy and Cliff tribute Simon Goodall and the Bourne Again Shadows.

For more information on all forthcoming shows and to book tickets, call the Kenton box office on (01491) 575698 or visit www.kentontheatre.co.uk