Panto season's not over yet, thanks Berry much! 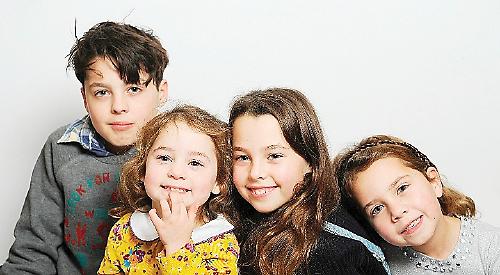 ROBIN Hood and his Merry Men may be hitting the road following two
fun-filled weeks at the Kenton Theatre — but Henley’s panto season isn’t over and done with yet.

Starting at 1pm tomorrow (Saturday), the town’s young performers will get their chance to shine when Henley Children’s Theatre stages its production of Cinderella at the New Street venue.

The group’s annual show is now in its 48th year and features the talents of more than 100 children — all of whom attend Saturday classes at the Sacred Heart Parish Hall in Walton Avenue.

As in previous years, to ensure that everyone gets a part, the performances have been divided between two alternating casts of 50.

The group has staged Cinderella a number of times over the years, but once again director Muffin Hurst has been busily tailoring the script to suit the times.

She said: “Following the traditional rags to riches story of the beautiful Cinderella, we hope she will triumph over her unkind Kardashian-resembling stepmother Caitlyn and her two hideous daughters Kylie and Kim. Poor Baron Boris must obey all the panto rules while the officious, interfering pantomime assessor John Jobsworth appears set on spoiling all the fun. Thankfully the lovely Fairy Berry and her contingent of little Cupcakes are on hand to ensure that the cream rises to the top.”

Speaking of which, those attending this year’s show may be pleasantly surprised by who they find themselves sitting next to.

Explains Muffin: “I know Mary Berry’s daughter and actually got to ask the great lady herself if she had any objections to being our fairy! The answer was no and she’d be delighted — she’s hoping to come with her grandchildren.”

But whoever is in the stalls, the aim is the same as for any other panto.

“The children on stage love to perform and gain so much from the experience,” adds Muffin. “Then there is the audience of nearly 2,000 during the week who are able to laugh and enjoy some good old-fashioned entertainment with their families. Why go to the West End when you have this on your doorstep?”

Why indeed? The stars of this year’s show include some potential stars of the future — one of whom is Muffin’s nine-year-old son Woody, who has just returned from shooting a part in a TV film in Romania.

Today (Friday) is the show’s dress rehearsal — none more so than for Ted Aplin and James Dunning — who Muffin says were “very keen” to play Cinderella’s bullying step-sisters.

“I have a couple of very funny older boys playing the Ugly Sisters. They have been with me for years and by rights should have left by now, but they were very keen to stay on for one more panto to don the Dame-type costumes and have some fun together.”

As for the show’s leading lady, Muffin says there are of course two of them.

“Cinderella is played in one cast by a complete newcomer to HCT, Maisie Farr from Henley. And in the alternate performing group our Cinderella, Ruby Marshall from Frieth, has risen through the ranks from her beginning as a four-year-old in Class A.”

Then of course there’s Buttons. “He’s played by Dylan Gadsdon and Elliot Fielder, both of whom leave their football playing at the weekend to whizz to rehearsals in their fragrant Henley AFC kit!” laughs Muffin.

Dylan will be joined on stage by his sisters Beau, Dolly and Billie, all of whom have acted professionally — with Beau recently taking a starring role in the music video for the Harry Styles single Kiwi.

“The Gadsdons are notable for being a family of four children who are all appearing in the panto on stage together,” says Muffin. “Quite a feat.”