Veteran singer is the guest of the Rat Pack 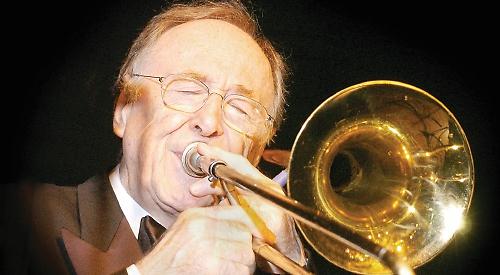 AUDIENCES can enjoy everything from opera and the American songbook to jazz icons and a new family musical at the Kenton Theatre over the coming months, with a line-up of top quality music for all tastes.

Nettlebed-based singer and songwriter Kenny Lynch makes a rare appearance as the special guest at The Rat Pack is Back on Sunday, January 28, where a hit-filled evening of songs made famous by Frank Sinatra, Dean Martin and Sammy Davis Jr is promised.

The following Sunday (February 4) Maureen Lipman and poet Jeremy Robson are joined by singer Jacqui Dankworth and a group of acclaimed musicians for an evening of humour and jazz.

Then on Friday, February 9, and Saturday, February 10, Immersion Theatre — the team behind the Kenton’s hit pantomime Robin Hood — return with new family musical, The Jungle Book, with two of the three shows already sold out.

The last weekend of February sees three evenings of music in a row. The Merry Opera Company returns to Henley on Friday, February 23, with Mozart’s comic opera The Marriage of Figaro.

The following night sees a true icon of British music, Chris Barber, take to the Kenton stage as part of a European tour that marks his 69th year as a bandleader.

Then Sunday, February 25, sees the return of Kenton regular Mike Hurst. As a songwriter and producer Mike has worked with everyone from PP Arnold and Manfred Mann to Cat Stevens and Marc Bolan. He is joined by the Springfields and Spencer Davis Group guitarist Ray Fenwick.

March sees the celebration of two Sixties pop icons. On Saturday, March 3, Bye Bye Baby return after previous sell-outs with their high-energy tribute to Frankie Valli and The Four Seasons.

Then a week later new Dusty Springfield musical Forever Dusty heads from Off-Broadway to the fitting setting of Henley.

In April, Eighties stars The Christians make their Kenton debut with hits including Harvest for the World, before highly rated tributes to Bob Dylan and Cliff Richard.