Panto aims to expose the naked truth about authority 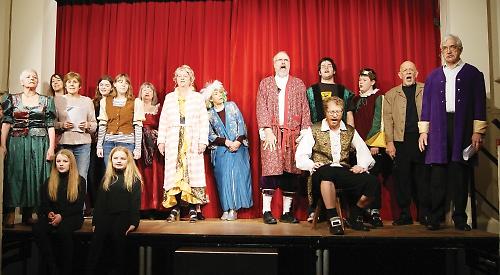 A PANTO about people wearing no clothes is coming to Woodcote Village Hall.

A spokesman for the group said: “The Emperor’s New Clothes is a short tale written by Danish author Hans Christian Andersen and one of several to have been turned into a pantomime.

“In it, two weavers promise an emperor a new suit of clothes that they say is invisible to those who are unfit for their positions, stupid, or incompetent — while, in reality, they make no clothes at all, making everyone believe the clothes are invisible to them.

“When the emperor parades before his subjects in his new ‘clothes’ no one dares to say that they do not see any suit of clothes on him, for fear that they will be seen as stupid. Finally, a child cries out, ‘But he isn’t wearing anything at all!’”

Tickets are £8 for adults and £5 for children. To book, call (01491) 680573, email
wadsboxoffice@gmail.com or visit the group’s website at www.woodcotedrama.co.uk