Maureen and friends have a poetical show 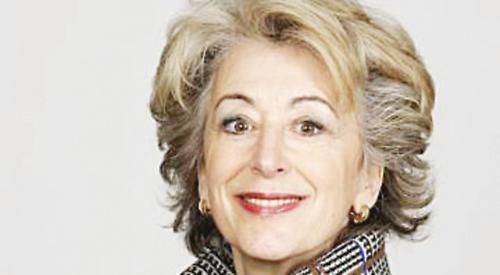 NEXT month sees one of the country’s best-loved actors join a leading poet, a top singer and world-class musicians for a unique evening of entertainment at the Kenton Theatre.

This follows on from an event at the theatre as part of the 2014 Henley Literary Festival with Robson and Lipman around his book Blues in the Park.

Since then they have been joined by Jacqui Dankworth and her band for sell-out performances in Oxford, Gibraltar and at last year’s Jewish Book Week in London.

Olivier-winner Maureen Lipman made her film debut in 1968 with Up the Junction and went on to star in Agony and The Pianist.

She has written seven books and will be featuring her much-loved comic monologues on the night.

Poet and publisher Jeremy Robson — described as “a champion of poetry” by the Times — will be reading selections from his most recent book Subject Matters, which sees him discoursing on topics as varied as Paris in the Fifties, CND rallies and Ron Moody.

Singer Jacqui Dankworth is a Radio 2 regular and has performed at the Royal Festival Hall, the National Theatre and in the West End. Accompanied by her husband, the pianist Charlie Wood, she will sing some of the most loved songs of the past century, including September Song, Georgia on My Mind and It Don’t Mean a Thing.

They will be accompanied by Henley-based saxophonist Art Themen, a fixture of the British jazz scene for over 50 years, and bassist Dudley Phillips, who has played with everyone from Bill Withers to Amy Winehouse.

Kenton programming director Tom Ryan said: “We are delighted to have performers of such a high calibre on the Kenton stage for what I know will be a funny, moving and magical evening.”