One man's voyage to confront himself — but we care as well 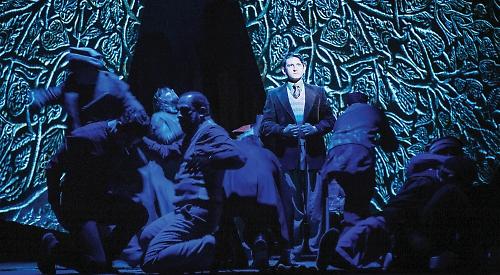 THE Kite Runner is pretty much as good as it gets for live theatre: great story, great direction and terrific acting.

This is an emotional ride spanning cultures, big historical events and constant upheaval. But at its heart it’s the story of one man’s voyage to confront himself.

And if that doesn’t get me into Pseuds Corner then I’m going to give up trying.

It could be overwhelmingly complex, but it isn’t — thanks to the skilful management of the scenes and stage by director Giles Croft and an exceptional performance from the lead, Raj Ghatak playing Amir.

The world keeps turning and churning itself up but a simple human story of slavish, unconditional love and betrayal is what grabs us; the rest falls in behind.

We start in the Seventies in the Afghani capital, Kabul. It’s a rare moment of political and social stability in the country’s turbulent history and it wouldn’t last. But Amir and his servant’s son Hassan grow up together as friends in the same house.

They are inseparable but neither realises it because of their different tribal backgrounds — Amir is a Sunni Pashtun and Hassan a Shia Hazara, a downtrodden people kept in poverty, servility and ignorance.

Then Amir fails to defend Hassan when he runs off in pursuit of a kite and is raped. He compounds this by trying to get Hassan and his father sacked, then plants a watch and money in the boy’s bed to make it look like they were stolen.

We could feel the slump of disappointment in the audience and a desperate need to hug Hassan at this triple betrayal.

But we can’t do that because we’re behind the fourth wall, so we have to allow the director and cast to keep manipulating us. And that they do with immense skill.

Then Afghanistan erupts as it goes from kingdom to republic, to communism, Russian occupation and Taliban infestation.

After that the story is of Amir running from his guilt no matter where in the world he is. He and his father fetch up in San Francisco as refugees and try to rebuild their lives but the black stain of his cowardice is never washed away until he is given a chance at redemption and takes it reluctantly.

What makes this work is the story’s central theme: it focuses on Amir and his life, attitudes and emotions.

We care because his reactions to the seismic events around him are the key — it’s far easier to identity with those than the bewildering and seemingly inexplicable politics of Afghanistan.

And that holds for everywhere.