Shows' taste of 'the Springing Sixties' 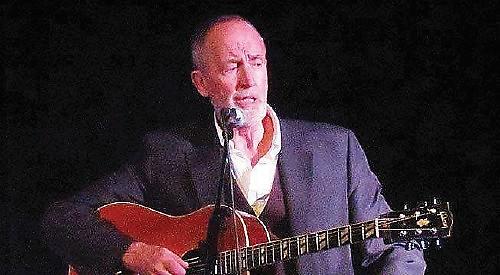 His show “Tracks of My Years” is playing at the Kenton Theatre on Sunday, February 25, at 7.30pm.

A show of two halves, the first will see Mike joined on stage by his son Jonas.

Father and son will perform classic Everly Brothers hits and Mike will perform some of the songs from his Capitol Records album Home, which was a big hit in America.

Recent years have seen Mike relaunch The Springfields as a touring band and the second half of the show will see him joined by bandmates Andy Marlow and Alice Pitt-Carter.

They will be playing a string of hits including Dusty and Tom Springfield compositions — plus some of the many hits produced by Mike for the likes of Cat Stevens, Manfred Mann and PP Arnold.

Mike, 75, said: “This is my 17th show at the Kenton. To me it’s like home, like singing in my living room playing for friends and family.

“I am always grateful to the Henley crowd who turn out every year to see me, and I always try to give them something different.

“This year will be no exception and I look forward to meeting each and every one of the fans in the foyer after the show.”

He added: “I don’t know how many more Kenton shows are in the locker, but while I can stand, I will be there!”

Fans of Sixties music are also likely to enjoy another show coming to the Kenton early next month — a new musical based on the life of Dusty Springfield.

Forever Dusty is currently touring the UK — having previously proved a hit
off-Broadway in New York — and a review of a recent performance at the Theatre Royal, Windsor, can be found on the Henley Standard website.

The show comes to the Kenton on Saturday, March 10, but the 7.30pm performance has already sold out — leading the producers to add a 2pm matinée by popular request.

A spokesman for the show said: “Forever Dusty tells the dramatic, revealing story of how a shy Irish Catholic school girl from West London transformed herself into the voice of blue-eyed soul, the face of Swinging London and a worldwide superstar.

“The provocative musical features such memorable classics as Son of a Preacher Man, You Don’t Have to Say You Love Me, The Look of Love, Wishin’ and Hopin’ and I Only Wanna Be With You, to name just a few.

“Dusty Springfield was not only one of the greatest talents of her — or any — era, she was a woman of tremendous courage, blazing a trail for decades ahead of her.

“She remains to this day, one of the most influential and important female singers in pop history. Dusty fought and sacrificed to control her own career and her destiny, inspiring generations to follow in her footsteps.”

Tickets for Forever Dusty are £21 with concessions £19 and can be booked by calling the box office on (01491) 575698 or visiting www.kentontheatre.co.uk