Theatre tyros are helping Mowgli take to the stage 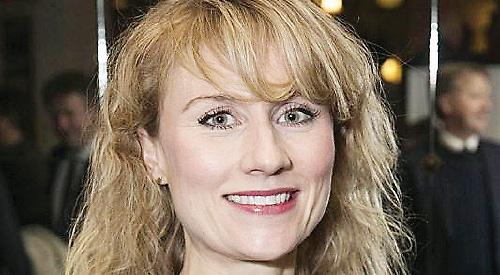 THREE of the hottest young talents in British theatre have come together to create a fresh adaptation of Rudyard Kipling’s 1894 classic The Jungle Book.

Playwright Jessica Swale, songwriter Joe Stilgoe and director Max Webster have forged a new take on the story of Mowgli the man cub that is playing at the Wycombe Swan from Tuesday (February 20) to Saturday, February 24.

A heartwarming coming-of-age story about a boy raised by wolves, The Jungle Book was famously adapted for the big screen by Disney. With the help of his animal friends, including Bagheera the panther, Baloo the bear and Kaa the python, Mowgli battles for survival, outwits the cruel and powerful tiger Shere Khan, and learns the law of the jungle.

Swale, who was born in Reading and attended Kendrick School before studying drama, says: “I jumped at the chance to adapt The Jungle Book because it’s such a vivid world — yet for a writer there’s so much opportunity to imagine the jungle afresh.

“Part of the book’s enduring appeal is that the jungle can be anything we choose. It’s a playground, a school, a hideaway, an adventure, so I’ve enjoyed exploring what sort of place this mysterious, delightful, sometimes scary place might be.

“I loved the characters as Kipling wrote them but wanted to find new voices which resonate now — funny, bright, dynamic voices with a little more wit and greater diversity in terms of place, tone, gender and culture.

“It’s is a funny heart-filled rollercoaster of a journey which I hope will transport the audience right round the world and back again — and what better way to do that than with Max Webster, one of the most inventive and imaginative directors working today?”

Webster is just as keen to credit his collaborators. “The Jungle Book was an instant classic when it was written over 100 years ago, with its story of Mowgli finding his path through the jungle,” he notes.

“Each generation has reimagined this story as their own, and now Jess Swale brings it right up to date in a hilarious and action-packed version for the 21st century.

“With wonderful songs by Joe Stilgoe, and packed with adventure, humour and magic, this classic tale will tickle the tales of all the family. The original 1894 book was a collection of short stories set in India. Our challenge is to refresh a story so well loved by generations, and bring it to a contemporary audience.”

Swale, whose 2016 play Nell Gwynn won the Olivier Award for best new comedy and is now being adapted into a film, adds: “I hadn’t read the book since I was a child, so it was exciting to return to it and consider how it might still be relevant to a contemporary audience.

“I think culturally we associate The Jungle Book with Disney, but of course, it is Rudyard Kipling’s book that is the original. So I went back to the source material and found a treasure trove of characters in Kipling’s poetic prose.

“The challenge was to find a modern voice for it — especially in its politics. I wanted to refocus the tale to celebrate diversity — to talk about the challenge of growing up in a place where you may feel you don’t belong, and how we negotiate that.”

The playwright is also excited to be getting back to her theatrical roots with The Jungle Book.

“By being in a room of actors, playing and experimenting, so much of the life of a play comes from the performers,” she says. “That’s why I’ll always come back to the theatre — I love the movies but the live, collaborative nature of theatre is like soul food to me.”

Swale believes passionately in the power of theatre to bring families together and hopes this will translate into the current production.

“Being a collection of short stories, I chose two which I felt we could use to say something inspiring about community and compassion, about immigration and unity, in language which is lighter and brighter than Kipling’s — sometimes verbose — poetry.

“It needs to trip from the actors’ tongues. And it should be funny. I wanted to ensure that we never lose the sense of being in the jungle, because that’s what people come to see, so I pretty much disposed of the Man Village. I wanted to convey a message about diversity, but in a light-hearted and enjoyable way.”

There have been many adaptations of The Jungle Book, so what makes this one different?

“We wanted to take the story everyone knows and loves and make it modern, playful, upbeat and to make it resonate with today’s audiences,” says Webster.

Internationally renowned songwriter Joe Stilgoe was brought in to develop a brand-new original score for the production and was originally commissioned to write just four songs. “It’s become a bit of a joke between the three of us because now there are 12,” he grins.

“I’ve written all-new music with a wide range of influences from all over the world. Our jungle spreads way beyond the confines of India, becoming a global jungle for everyone.”

“Joe is a genius,” says Webster later. “He kept coming up with more and more material that the rest of the team liked so much we had to include it.”

Swale adds: “Our Jungle Book is very emotionally driven, and it is coloured and lifted by Joe’s music.”

She and Stilgoe have worked collaboratively on the lyrics for the songs — with Joe being inspired by watching scenes take shape during rehearsals.

Stilgoe is full of praise for Swale’s contribution, adding: “She has written a Jungle Book which is more appealing than any other adaptation I’ve seen. It retains elements of Kipling and is mystical and lovely. When I read the script I could hear the style of the songs — variously joyful, sad, dramatic and dangerous.”

• The Jungle Book is playing at the Wycombe Swan from February 24, then touring. For more information and to book, call 01494 512000 or visit www.wycombeswan.co.uk