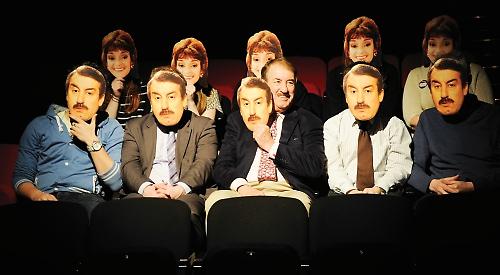 AFTER Del Boy and Rodney he’s the most instantly recognisable character in one of the greatest sitcoms in British television history.

A 1996 episode of Only Fools and Horses drew an audience of 24.3million viewers — a record that’s unlikely ever to be beaten.

Nag’s Head regular Boycie eventually became one of the show’s most popular characters.

In 2005, he and his wife Marlene even got their own spin-off series The Green Green Grass, written by Only Fools creator John Sullivan.

But what not everyone realises is that in the show’s early days Boycie was a minor character at best.

John Challis, who has played the used car dealer since 1981, hails the role as his “big break” — even if he didn’t quite realise it at the time.

“It came as a complete surprise to me that the character lasted and that I was asked to come back and do more episodes,” he says.

Having previously appeared in episodes of Dixon of Dock Green, Z-Cars, The Sweeney and even Doctor Who, when did he first start to get a sense that Only Fools and Horses was something special?

“Oh, I dunno. I guess it was about 1985. Somewhere around the fourth series, I think. I realised that it had legs. I did one episode in the first series, one in the second and I think maybe two in the third and one in the fourth — something like that. So actually by that time I’d only done about four episodes altogether.

“The reaction to it was extraordinary and it just built and built — you know, people just coming up to you in the streets and saying how much they were enjoying it. So you suddenly realised how much it meant to people and that it had a good chance of sticking around.”

The last-ever episode of Only Fools — a Christmas special titled “Sleepless in Peckham” — was broadcast in 2003. So how did The Green Green Grass come about?

“This is part of the show but also part of my biography because I left London in 1998 and moved down to Herefordshire for various reasons. Later on it was my 60th birthday and John Sullivan came to the party. And he just saw me completely out of context, I suppose, and decided to write a spin-off series, which was extraordinary. I mean, you could say that if I hadn’t made that move to the country, that wouldn’t have happened.

“It took John some time to work out why the Boycie character would have moved. He could understand why I’d moved, but why the character would move out of London was another question. Eventually he raised that Boycie was on the run, having grassed up the Driscoll brothers. John always had to have a logical reason for everything, you know?”

Now 75, Challis and his wife Carol Davies have lived in the former grange house of Wigmore Abbey for nearly 20 years — during which time they have restored the buildings and created a garden from scratch.

The story of their endeavours has been documented by Challis in a coffee table book called Wigmore Abbey: The Treasure of Mortimer. Published in October 2016 and featuring photographs by Alex Ramsay, the book is Challis’s fifth.

His 2011 memoir Being Boycie was the first, followed a year later by its sequel, Boycie & Beyond.

With the fourth and final series of The Green Green Grass having been broadcast in 2009, Challis’s two autobiographies were themselves a sequel of sorts — to the actor’s popular stage show Only Fools and Boycie, which he is bringing to the Kenton Theatre on Sunday, March 4, at 7pm.

“It’s a sort of two-hour happiness experience!” he laughs. “It’s an entertaining conversation, really — that’s how you’d describe it.

“It started off because someone I knew had done some talks on cruise ships — and it was a really nice little deal because you get a free cruise. You can take your partner with you, whoever that may be, you get an outside cabin on the ship and you can go to places you haven’t been to before — and all you had to do in return was get up a couple of times on your hind legs and talk.

“So I thought, well, the show’s so popular they might be interested in me talking about the show. So I sort of scribbled something down and when I then got up and started talking it seemed to go very well.

“I was asked to do more, so I did another cruise and so on. Then I thought, well, I could extend this, because I’ve got so much more to talk about. And so that became the trigger to start writing the autobiography.

“And then of course I found that I could take the books with me. So the whole thing built up and became a sort of secondary career, if you like. And this show at the Kenton is an extension of that.”

Speaking of the Kenton, Challis’s March 4 performance will mark his first performance at the New Street venue in more than 50 years.

As a young actor in rep he appeared in two plays in July 1967 — Five Finger Exercise by Peter Shaffer and The Knack by Ann Jellicoe. In the latter he acted alongside Archers star and Bix resident Simon Williams, whose adaptation of The Hound of the Baskervilles is currently playing at the Mill at Sonning.

“It was my idea, really, because my character [Monty Staines] had to do karaoke and I had to sing her famous song, China in Your Hand. I’m no singer really but in the show I sing this because I’m trying to seduce Joyce Temple-Savage [played by Sherrie Hewson], so I think this is the best way to do it.

“Anyway, I suddenly thought wouldn’t it be fantastic if Carol Decker herself turned up and heard me murdering her song! So I said to the producers wouldn’t it be great if she comes in as part of a hen party or something and hears me singing her song and goes ‘Oh for God’s sake!’ and flounces out.

“Either that or she rolls up and says ‘That’s the most fantastic version of the song I’ve ever heard!’ So one of those two things happens! Carol came out and we had a wonderful two or three days with her, so it was really great to meet her — it’s a great song.”

What can your fans expect from your show?

They can expect plenty of laughter. Ahahahahaha. After all, that’s what Boycie is best known for. I love meeting fans when I’m out on the road and Only Fools and Horses remains one of the most popular shows of all time. It was back on our screens on Christmas Day and it’s never gone out of fashion. People will get the lowdown on the show; I’ll be taking them behind the scenes and talking through some of the most famous episodes. I’ll also reveal a few surprises from my 50+years in showbusiness, like the time I turned down The Beatles after they’d asked me to appear in one of their films. And do you know, I still regret that to this day. There’ll be an audience Q&A and a meet’n’greet aftewards, during which I’ll sign autographs, meet fans and pose for selfies.

Do you find it hard to write new material or does it come easy for you?

I’ve got a lifetime’s worth of material to choose from. So many things have happened in my life that it’s never difficult to pick up a funny anecdote. I shared Marlon Brando’s dressing room when I was touring a play in America, I drank with George Best when he was the country’s most famous footballer and I watched in horror as Oliver Reed smashed up a hotel room. And that’s before we even get to Only Fools and Horses. I’ve lived a remarkable life and it’s a real thrill to be able to share some of my stories with fans.

Do you have any influences when it comes to comedy? Who are the greats in your opinion?

I still follow comedy and I keep an eye on what’s going on. I like Miranda, for instance, and Mrs Browns Boys also gets my vote of approval. I suppose the people I looked up to most were the comics from The Goon Show. I could do all of the voices. That’s how I got started. I used to imitate people, I was a natural mimic. I wasn’t the brightest kid in the class, but I was the one who could make people laugh.

Do you ever think you’ll team up again with other cast members from Only Fools and Horses?

We see one another quite often. We were a huge gang and we all got along. Of course, quite a few of the cast are no longer with us. Our writer, John Sullivan, has also passed away. Recently, we lost Roger Lloyd Pack, who played Trigger. I had been speaking with him a day or so before, so it was a huge shock. We continue to see one another at conventions and so on, but I don’t think there’ll be another series. You never say never, but I don’t think it’s likely.

Why do you think the character of Boycie has endured for so long?

Boycie is still popular because people had sympathy for him. They realised he was wheeling and dealing to try and make something better. I think people identified with that. Of course, he found himself in hilarious situations and they made people laugh. John Sullivan was one of the best writers of all time and he created extraordinary characters. But John always used to tell us actors that we’d brought them to life.

What are your plans for the future?

I’m incredibly busy. I’ve been working for 50 years in showbusiness and I’m busier than ever. I’m doing 18 dates of my show this autumn and I’ve just spent three months in Spain filming the new series of Benidorm, for ITV, which people seem to really love. I’m working on short film projects and there are plenty of other irons in the fire. But I’m looking forward to being on the road this spring so that I can meet fans and celebrate Only Fools and Horses with them.