Testosterone takes to the stage 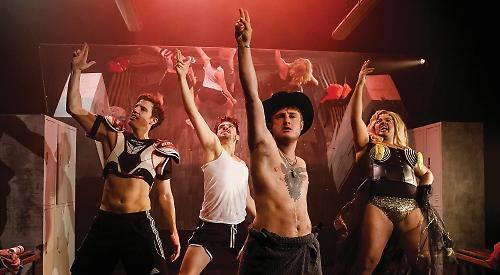 A SHOW about life on both sides of the gender fence is coming to Norden Farm in Maidenhead on Tuesday night (March 27).

Billed as an irreverent and refreshingly honest physical theatre comedy, the show tells a powerful story about gender itself.

Writer-director Kit Redstone transitioned from female to male in his early thirties, so he has had the ultimate opportunity to notice what differences there are in how he is treated by society.

He is also able to question what he gains and loses by becoming a man — and to make choices about the kind of man he wants to be.

The show starts at 8pm and is recommended for ages 16 and up.