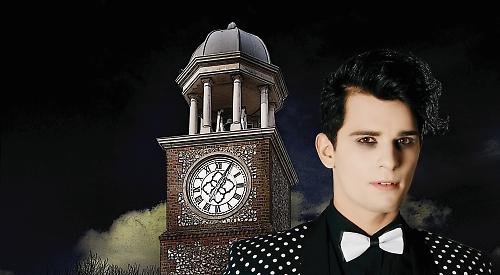 MULTI award-winning stage and cabaret magician Dee Riley is performing at the Kenton Theatre in Henley next month.

Presented by Karen Viljoen, Riley will be showcasing his unique brand of comedy and magic tricks, with plenty of audience interaction, at the New Street venue on May 10 from 8pm.

Riley is one of London’s finest classic comedic stage and close-up performers and holds several residences in and around London including Mayfair, Covent Garden and Battersea.

Riley says: “My show is for those people who say that they don’t like magic because it is more about the comedy and the risqué banter. It’s stand-up comedy with jokes about all sorts and some magic tricks. It’s very much an adult variety show. It can be sombre in places and risqué in others while there are some dangerous tricks, so the show touches all the emotions.”

One of the routines is called “Smash and Grab” where a member of the audience instructs Riley, who is blindfolded, to smash a series of five cups, not knowing which one has a spike underneath.

Riley adds: “There is lots of audience interaction through the comedy and the routines, including one where I attempt to do some mind-reading with an interesting forfeit if I ever guess anything wrong.”