Truth’s stripped back for tale of the ultimate ‘stage mother’ 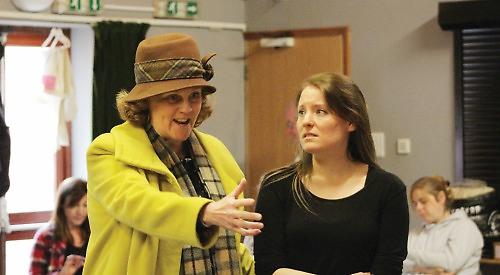 JOHN Steinbeck found her memoirs “irresistible” — and he wasn’t the only one.

Having initially come to fame as “America’s most celebrated stripper”, Gypsy Rose Lee had previously enjoyed literary success with two novels published in the early Forties. Her self-titled memoir, Gypsy, was written only after the death of her mother — and for the Nobel Prize-winning author of The Grapes of Wrath it was no contest.

Stephen Sondheim and his collaborators Jule Styne and Arthur Laurents were similarly impressed — and if Gypsy had taken a few liberties with the details of her own life, they felt free to do the same.

Six decades on, Gypsy: A Musical Fable has been staged countless times around the world, having become renowned for its depiction of Gypsy’s mother Rose Thompson Hovick as the ultimate showbusiness parent.

The show, which received eight Tony nominations, follows the dreams and efforts of Rose to raise two daughters to perform on stage and casts an affectionate eye on the hardships of showbiz life.

Next week the show is coming to the Kenton for four nights plus a Saturday matinée courtesy of the Henley Amateur Operatic and Dramatic Society (HAODS).

Speaking ahead of the opening night on Wednesday, the group’s vice-chairwoman Sam Riley was full of praise for Caroline Hopkins’s performance as Rose.

“She’s absolutely amazing in the part, she really is. When you hear her sing it’s just like ‘Oh my god!’ — all the hairs on the back of your neck stand up. She’s so good. And it’s such a difficult role as well — she’s on stage pretty much the whole time.” While the audience come to sympathise with Rose, she is not without her flaws, as witnessed in her treatment of her daughters Louise (aka Gypsy Rose Lee) and her sister June.

Unsurprisingly, by the time Louise finds fame and fortune she is ready to go her own way in life. “By this point Rose has been completely pushed out and she doesn’t know what to do with herself,” says Sam. “She kind of has a bit of a meltdown and sings this song which is full of torment about how she should have been the one on stage.”