Woman who hid in cupboard was seeking the right to vote 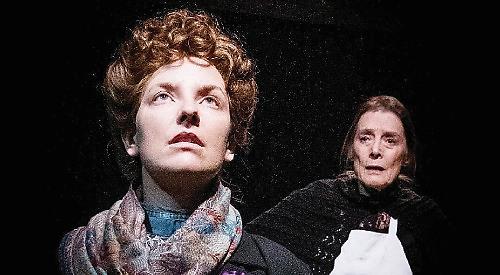 A NEW play about the suffragette movement comes to Henley next month.

A Necessary Woman is set on the night in April 1911 when Emily Davison hid overnight in a cleaning cupboard in the crypt beneath the Palace of Westminster to avoid the census.

The play, which comes to the New Street venue on Wednesday, May 16, is produced by Clair/Obscur Theatre and is written and performed by Oxford Playhouse and Brighton Fringe regular Deborah Clair and Philippa Urquhart, a veteran of the National Theatre and the Royal Shakespeare Company.

Urquhart also starred alongside Michael Caine in Children of Men and played Lilian Cartland in Tenko.

Clair/Obscur was invited by Nicky Morgan MP, the former education secretary and minister for women and equalities, to perform the play at Portcullis House opposite the Houses of Parliament on March 26 as part of the centenary of the Representation of the People Act.

On the same day, Deborah and Philippa appeared on BBC Radio 4’s Woman’s Hour as the country marked 100 years since the first British women were given the vote.

The play comes to the Kenton as part of a nationwide tour which included Davison’s alma mater, Royal Holloway University.

Davison, who was played by Natalie Press in the 2015 film Suffragette, was a member of the Women’s Social and Political Union and was a militant fighter.