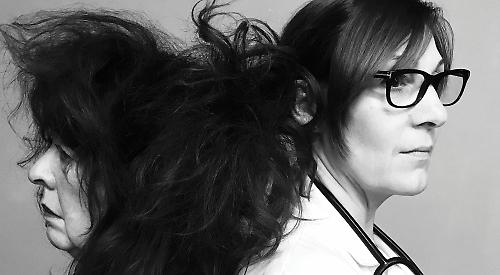 MOST casual observers wouldn’t think of a drama festival as being a competitive event — but for those taking part it is serious business.

This year’s Henley Drama Festival got under way on Wednesday evening at the Kenton Theatre but last year’s winners the Henley Amateur Operatic and Dramatic Society are not due to take to the stage until tonight (Friday).

Their entry this year, as chosen by the group’s eight-strong committee, is Effie’s Burning by Valerie Windsor.

Directed by Emma Broadway, the one-act play tells the story of Dr Ruth Kovacs, who is caring for Effie Palmer, a 64-year-old burns patient with a mental age of 10 who has been admitted to hospital after setting fire to the bed in her residential home. As the two women build a relationship, Dr Kovacs begins to uncover a background of injustice, bigotry and callousness that will change her life forever.

Julie Huntington, who plays Effie, said: “This play is very intense and deals with some pretty disturbing and topical subjects — it also holds quite a shock at the end when you realise what has actually happened!

“The committee chose it as one of our members, Ann Jenkin, saw it at the Leatherhead Drama Festival many years ago and it made a lasting impression on her. It also won it, so that was another reason!”