Players are anything but ‘Brassed Off’ 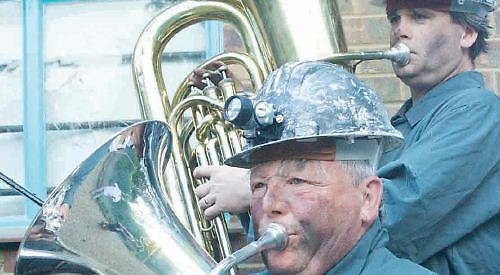 DRAMA group the Henley Players will mark their 70th anniversary later this year — but they already have something to celebrate.

Members were this week delighted to learn that the group had won three awards from the National Operatic and Dramatic Association (NODA).

Harry Petrie was the district winner of the Charles Sumner Award for best male in a play for his performance as Edward Ferrars in Sense and Sensibility at the Kenton Theatre last October — a production that in turn won the Pat Redhead Award for best drama.

And Alek Auton was the district winner of the Sybil Conway Award for best female in a play for her performance as Thomasina Coverly in Tom Stoppard’s Arcadia, which was staged at the Kenton in March.

Each of the district winners is now eligible to be considered for NODA’s regional awards, which will be presented in London on Sunday, June 24,

Meanwhile, the Henley Players’ October production will be the stage adaptation of the popular 1996 film, Brassed Off — auditions for which are being held early next month.

Players spokesman Gráinne Harling said: “There will be two readings, on June 19 and June 26, and auditions on July 3 — all to be held at 8pm at Harpsden Hall. The play is a poignant comedy-drama dealing with the gradual shutdown of the British coal-mining industry and the effects on the mining communities.

“The Players are pleased to welcome the Marlow Brass Band, who will be joining them for this production, which is to be directed by Ian Head.

“Still relevant today, Brassed Off is a heart-warming show, with humour, drama, pathos and music, a compete celebration of human endeavour — and there are plenty of roles to cast!

“Henley Players are always open to new members and readings and auditions are open to everyone who would like to come and be involved in some capacity.”