Mum’s the word in this comedy of the absurd 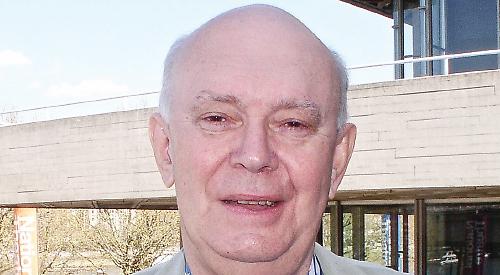 IN this third instalment from repertory company Made for Windsor, awkwardness abounds and unfortunate misinterpretations lead to many comic moments in Alan Ayckbourn’s cosy farce.

In a London flat, girl about town Ginny, played by Charlotte Knowles, and her new beau Greg (Owen Landon) — who seems new to the world of dating full stop — are having the usual early morning couple’s banter over tea and ablutions.

Greg stumbles upon another man’s slippers, adding to his suspicions as to why the flat is always full of flowers and chocolates that Ginny always excuses away.

When Ginny travels to Buckinghamshire, ostensibly to visit her parents, ingénue Greg gets there first with a view to asking for their daughter’s hand in marriage, and with fuzzy and opaque introductions to older couple Sheila (Claire Louise Amias) and Philip (Jeremy Todd), the latter of whom is intimately acquainted with Ginny, the stage is set for subtle misunderstandings, sly digs and marital mayhem.

As earnest and eager Greg bounces in, Philip’s suspicions are aroused, and bit by bit the players cotton on as to what’s been going on...

One of Alan Ayckbourn’s earliest plays, this is full of classic, cringeworthy moments, juxtaposing jaded cynicism with the optimism of youth, and showing through societal niceties the extent to which we all go along with the social script to make sense of things.

Jeremy Todd’s baffled Philip and Claire Louise Amias’s accommodating Sheila make perfect comic foils to the spirited Ginny and enthusiastic Greg — and the result was good for a giggle.

The fourth production in the “Made for Windsor” season is Fatal Encounter by Francis Durbridge, which runs from Tuesday (July 10) to Saturday, July 14.