Stars are coming out for Shakespeare by the river 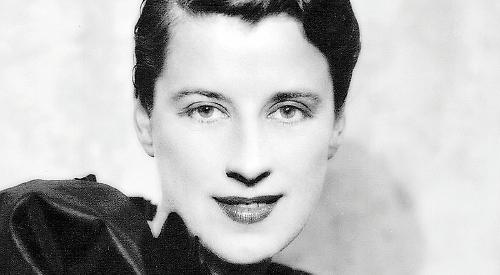 A SHORT and sharp summer Shakespeare is coming to Henley next month — courtesy of a theatre company that almost came a cropper when the tenancy on its original home in East Sussex ran out last year.

The Lamb Players will be staging As You Like It in the grounds of Peel Fold in Mill Lane, the riverside home of Alan and Carol Pontin.

A former chairman of the Kenton Theatre, Mr Pontin oversaw the “Kenton for Keeps” campaign that in 2010 raised £350,000 to buy the freehold of the New Street building, thereby securing its independence.

The invitation to the Lamb Players came about after the Pontins saw them perform in the grounds of Lamb House near Rye, where the novelist Henry James had his home and from which the group takes its name.

Owned by the National Trust, the property is today run as a writer’s house museum. But for the best part of a decade, beginning in 2009 when the group was founded, it also hosted a series of Shakespearean productions by the Lamb Players.

Mr Pontin said: “Lamb House was tenanted by some friends of ours, on behalf of the National Trust. They became friendly with the Lamb Players because their son-in-law and daughter were actors and they put on Shakespeare in the garden there.”

Last year, however, the tenancy came to an end — potentially leaving the Lamb Players homeless.

Mr Pontin continued: “My friends spoke to me and said because they were leaving the Lamb Players was going to finish. And I said, ‘Well, don’t do that — let’s try them in Henley. Henley’s appreciative of the arts, they appreciate the style, so we’ll have a go.’ That’s how it happened.”

By an odd coincidence, there turned out to be another slight connection between the Pontins and the Lamb Players.

Situated near the bottom of Mill Lane, Peel Fold is the former home of Lady Beatrice Lillie, the multi-award-winning star of stage and screen who died in 1989, aged 94.

The Pontins have now lived there for 25 years, having purchased it from the late star’s estate.

“When we first bought Peel Fold, Beatrice Lillie and her companion John Philip Huck had died within 24 hours of each other,” said Mr Pontin. “It would take them several years, but the trustees decided that the Royal Central School of Speech and Drama should be the beneficiaries of the property.

“So they then sold it to me, basically, and one of the promises I made to them was that I would open the garden for them to do performances every year.

“But they were never interested in that particularly, so we did other things — mainly involving the Kenton and the Acorn Music Theatre Company.

“So I was fulfilling my side of the bargain even though, you know, they probably didn’t need it.”

Mr Pontin added that when he started talking to the Lamb Players, it turned out that because many of the group’s members are based in London for work, rehearsals are often held at the drama school.

“A coincidence,” said Mr Pontin, “but that then focused part of the concept as being a tribute to Beatrice Lillie, who was a fantastic star — I mean, before your time, before my time, but even so she was right up there.

“It was interesting because her friends included Winston Churchill. Kennedy was reputed to have come here once. Noël Coward visited regularly — he used to go up and down the river in an electric canoe.

“So there’s a lot of history involved in the place and it’s nice to sort of bring it back.”

Suitably inspired, Mr Pontin then called Fiona Hamilton, the chair of the Fawley-based charity Opera Prelude, of which he is a supporter, and whose young singers recently performed at the Henley Festival.

He said: “I contacted Fiona to talk about doing something in an operatic style because I love what they do. She was on the train when I rang and I mentioned the Beatrice Lillie connection. And an hour later — still on the train — she phoned back and said she’d written the whole programme based on Beatrice Lillie and Opera Prelude’s singers singing her songs from the Thirties, Forties and Fifties. She’d got the title and everything else — she’s absolutely brilliant.”

An outdoor evening recital, “Thoroughly Modern Lillie” is being staged at Peel Fold from 6.30pm to 8.30pm on Friday, August 17. The title puns on the star’s final screen performance in the 1967 film musical Thoroughly Modern Millie, which later became a Broadway hit.

A spokesman for Opera Prelude said: “With music by Ivor Novello, Noël Coward, Arthur Sullivan, Alan Murray, Eric Coates and others, this recital promises to be a magical evening of song, operetta and cabaret, paying homage to Lady Beatrice in her beloved home at Peel Fold. We are extremely grateful for the chance to perform there and also to help raise money for the Chiltern Centre for disabled children and the Thames Valley Adventure Playground. It is going to be a very special evening.”

Tickets are £25, available in advance only. For more information and to book, visit www.thelittlebox
office.com/operaprelude

Before the singers get do their stuff, the Lamb Players will be in residence for a total of four performances between Friday, August 10, and Sunday, August 12.

Radio 4 regular Carrie Quinlan, who is playing Rosalind in As You Like It, said that with a running time of 75 minutes the production would be a fast-moving affair.

“Generally, Lamb plays are about an hour and a quarter, an hour and a half tops. They’re pretty ruthlessly abridged. Lots of fun running around in gardens — keeping all the most fun bits, really. Keeping the sense of it, but punchy.”

One of Shakespeare’s best loved comedies, As You Like It is a magical and musical romp through the often turbulent affair of falling in love. When strangers Rosalind and Orlando are banished from court, both escape to the Forest of Arden where reams of brilliantly drawn characters help — and hinder — them in coming together to make a match. With cross-dressing aplenty, the age-old battle of the sexes is blown apart as four sets of lovers battle it out away from the constraints of court life.

Featuring original music and a stellar cast of 10 actors with Broadway, West End, National Theatre, television, radio and Royal Shakespeare Company credits to their names, the Lamb Players’ production sees the action of the play transported to 1942 — with Blitz-blasted London standing in for the court and the Forest of Arden recast as an idyllic English country garden.

Other leading cast members include Jessica Regan, who recently starred with Jeremy Irons on Broadway, and RSC favourite Jonathan Broadbent.

Lamb Players director Bobby Delaney said: “As You Like It is an amazing play because it puts women at the centre. It also plays around with gender and why women do things differently to men and vice versa. It’s a play that gives power to women and also highlights the weaknesses of the power of men. And it’s very playful in terms of playing with those ideas — and that’s why we’ve put it in 1942, where basically all the men are away fighting the war and the women are left to sort of run the country at home. It’s this kind of beautiful version of history whereby they’re toying with each other as two different genders — and in this version we swap some of the genders of the characters around.”

The play will be performed in the round, with the audience seated on tiered low-level grandstands.

Parking will be available in the grounds with the entrance from Mill Lane clearly signposted.

The gardens will open for picnics two hours before each performance and will remain open until 10pm on the Friday and Saturday and 5pm on the Sunday, with food and drink also available to purchase from a barbecue and a bar on site.

Tickets are priced £20. For more information and to book online, visit www.thelambplayers.com