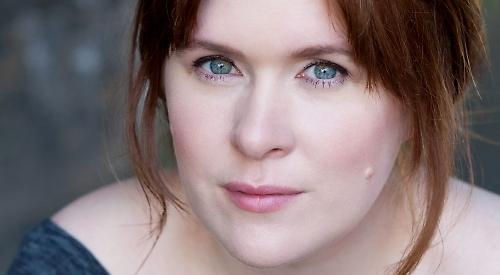 AN actress who performed alongside Jeremy Irons on Broadway and in the West End is looking forward to performing in Henley.

Jessica Regan played Cathleen in Long Day’s Journey Into Night for 148 shows with the international film star, who lives in Watlington.

She will now be playing both Adam and Audrey in four performances of William Shakespeare’s comedy As You Like It at Peel Fold, in Mill Lane from next Friday (August 10) to August 12.

The story is a musical romp through the often turbulent affair of falling in love. The play centres on strangers Rosalind and Orlando, who are banished from court and find themselves in the Forest of Arden where they are brought together to make a match.

Jessica says: “I play Adam, a very loyal servant, who protects Orlando and saves him from the bearers of evildoings whereas Audrey is a very literal character who is who she is, has integrity and doesn’t get into the games of others — she is honest. I really enjoy playing both characters.”

Her career to date has spanned stage and screen, appearing as series regular Niamh in BBC One’s Doctors, the hit comedy Ill Behaviour and has worked at the National Theatre in London.

Jessica says working with Irons was a “dream” although perhaps the most memorable experience was going to Disney World with him where they got VIP treatment as he famously is the voice of Scar in The Lion King.

She added: “Since the show finished we have felt a bit adrift so coming to Henley is a perfect safe landing. I haven’t been yet but I’ve heard it’s really pretty. I’m really excited.”

Tickets are priced £20. For more information and to book online, visit www.thelambplayers.com