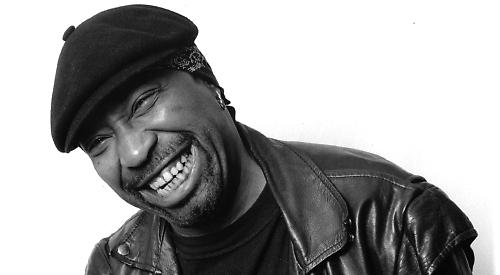 SOUL singer Geno Washington is among a plethora of acts that have signed up to appear at the Kenton Theatre in Henley.

He will take to the stage with the Ram Jam Band next month when the New Street venue launches its autumn/winter season.

Washington, who is known as the King of Soul, is originally from Evansville in Indiana and first came to England in the Sixties while serving in the US Air Force.

His love of blues and soul music led to him singing with the likes of Georgie Fame and the Blue Flames and Zoot Money’s Big Roll Band at the Flamingo Club in Soho.

Since those days he has established himself as a top live performer and Kevin Rowland and Dexy’s Midnight Runners paid homage to him with the worldwide hit single, Geno.

Washington will be supported on September 15 by Henley band Highly Strung, who will play acoustic rock pop, folk and blues covers.

Evergreen singer Vince Hill will be bringing the curtain down on an illustrious 56-year-career with a final farewell show on September 22.

The 84-year-old pop star, who lives in Lower Shiplake, will stage An Evening with Vince Hill as a two-part retrospective.

It will begin with Vince being interviewed about his time on stage and screen alongside some film footage and a question and answer session with the audience.

He will then close the show with a performance of his biggest hits and other favourites such as Take Me To Your Heart Again (La Vie En Rose), Roses of Picardy and the million-selling cover of Edelweiss from the soundtrack to the musical The Sound of Music.

On the same day, the theatre will have an exclusive screening of STRAWS, an award-winning documentary that highlights the problems of straws and single-use plastic pollution of our oceans and waterways.

Linda Booker, the film’s director and producer, will also join in with a post-screening Skype discussion.

From September 29 to October 7, the theatre will host some of the biggest names to appear at this year’s Henley Literary Festival. They include BBC correspondent John Simpson, comedians Richard Herring and Robin Ince, The Thick of It star Rebecca Front and bestselling novelists Anthony Horowitz and Kate Mosse.

Retired cricket commentator Henry “My Dear Old Thing” Blofeld returns to the Kenton on October 8 as part of his farewell tour 78 Retired.

His brand-new show will be full of unheard anecdotes from and on and off the pitch, as well as stories from the Test Match Special box not allowed on the radio.

The Henley Players will stage their autumn production, Brassed Off, from October 17 to 20, which features the Marlow Brass Band on stage in this retelling of the classic 1996 film of the same name.

The Comedy at the Kenton series is back with events on September 14, October 25, November 16, December 14 and January 25. Acts include, Lou Sanders, Sophie Duker, Pierre Novellie, Annie McGrath and Jack Barry.

Then on January 18 and 19, the all-female stand-up comedy show This Show Does Not Contain Nuts returns for a third season.

There is also plenty of music with Blake touching down on October 26 as part of their 10th anniversary tour. The trio have performed more than 600 concerts and made more than 150 TV appearances. They also shared a stage with Dame Shirley Bassey at the 2016 Henley Festival.

The National Youth Jazz Orchestra is playing on November 2, the following day Tamsin Waley-Cohen will perform a violin concerto, Opera Prelude will stage One Romantic Evening on November 17, The International Ukulele Club of Sonning Common, presented by singer Sam Brown will be there on December 9 and The Rat Pack, Britain’s longest-running tribute to Frank Sinatra, featuring special guest Kenny Lynch, drop in on January 27.

Seasonal events include the smash hit comedy Dracula — The Bloody Truth on October 27, which reveals the true story of the famous Count and an afternoon of poetry, music and theatre to mark 100 years since the end of the First World War. Pupils from Gillotts School in Henley will also perform excerpts from Joan Littlewood’s Oh! What a Lovely War.

Stageworks will present Bugsy, a slapstick musical comedy set in the Twenties when gangsters were commonplace, from November 19 to 24.

Festive appearances kick off with a visit from Father Christmas on November 30, who will be in his grotto at the theatre.

Then, from December 5 to 8, the Henley Amateur Operatic and Dramatic Society will stage White Christmas, written by Irving Berlin and based on the Paramount Pictures film.

The Kenton will then host night 11 of the Henley Living Advent Calendar. The event is free to attend with seats available on a first come, first served basis. The identity of the performer will be revealed on the night.

Dick Whittington, this year’s pantomime, will be staged from December 15 to 29 while the annual Christmas at the Kenton concert will take place on December 20 and will feature award-winning singer-songwriter Megan Henwood, who grew up in Henley, Pure Fluke and Rebecca Poole, from Nettlebed, who performs under the name Purdy.

The Henley Children’s Theatre will close out the year with their production of Aladdin from December 30 to January 5.

Paula Price-Davies, general manager at the theatre, said: “Our autumn/winter season is packed full of unique performances, artists, talks, comedy and festive frolics that will engage and inspire all ages.

“We’re proud to be part of the inaugural Henley Plastic Reduction Showcase. This puts us on the campaign trail — working with local organisations to inspire change and reduce the use of straws and single-use plastics.

“We have some amazing musical productions too. Anyone who has seen the movie Brassed Off will be enthralled by this tale of community spirit in the face of adversity.

“Packed with hilarious routines, audience interaction, spectacular sets and a host of chart-toppers, this high-energy story about a young man seeking his fame and fortune in the big city promises to be the perfect Christmas treat!”

For more information, a full schedule and to book tickets, visit the theatre, call (01491) 575698 or visit www.kentontheatre.co.uk